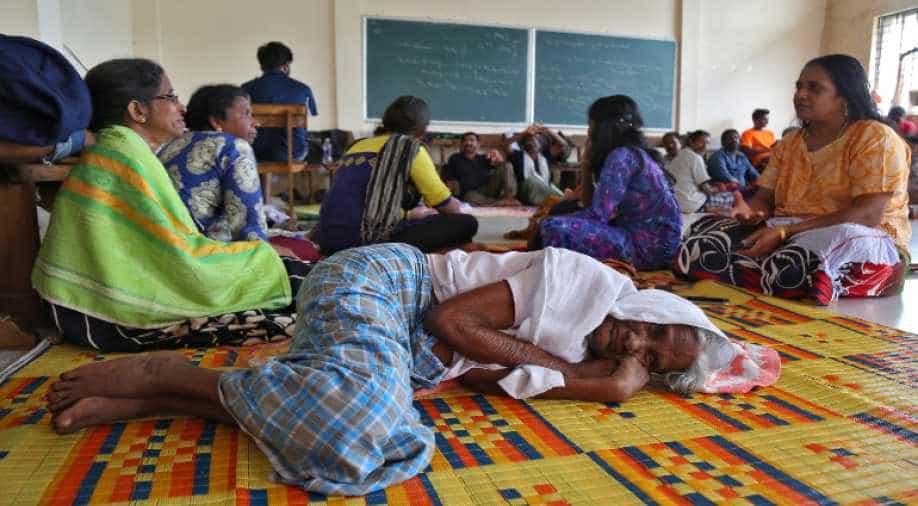 Flood victims rest inside a university classroom, which is converted into a temporary relief camp in Kochi on August 18, 2018. Photograph:( Reuters )

A grant of over Rs 18 crore has been approved by the Union Health Ministry for flood-ravaged Kerala, news agency PTI reported.

The health ministry, under the National Health Mission (NHM), will be disbursing the sum to villages health, sanitation and nutrition committees in flood-hit Kerala.

"Health Ministry approves an additional grant of Rs 18.71 crore under NHM to Kerala for disbursing to Village Health, Sanitation and Nutrition Committees for Kerala flood relief, as per the state request," the official tweet read.

Union Health Minister JP Nadda had earlier said no outbreak of any communicable diseases has been reported so far in the state.

The National Centre for Disease Control (NCDC) has issued health advisories over post-flood public health management citing that the threat of waterborne, vector-borne and viral hepatitis diseases becomes potent after a flood situation.

Around 65 metric tonnes of emergency drugs were airlifted by the Indian Air Force to Thiruvananthapuram, the Ministry stated. One crore chlorine tablets were also sent while another one crore are in transit.

State authorities have raised a request of four crore chlorine tablets which will be met in phases.

The deluge in Kerala has claimed as many nearly 400 people this monsoon season. More than 10 lakh people were displaced and rendered homeless who took shelter in relief camps set up across the state.

The Central government had announced floods in Kerala a "calamity of severe nature". Chief Minister Pinarayi Vijayan had described the flood situation as "grave" which led to the opening of nearly 33 dams and reservoirs for the first time.