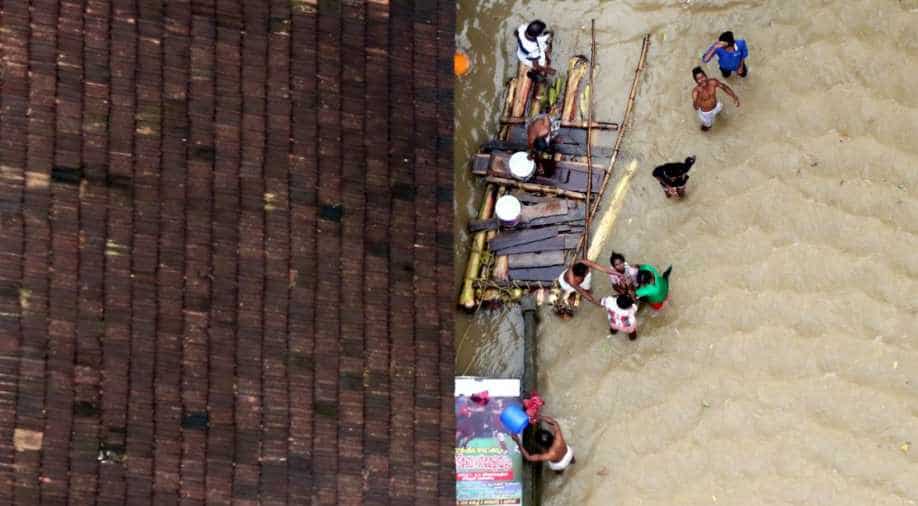 Shortly after the UAE offered a financial aid of Rs 700 crore to flood-hit Kerala, the central government was reported to have taken a considered decision to rely solely on domestic efforts.

According to reports, the government may not accept any foreign financial assistance for relief operations in Kerala, an official told news agency PTI.

"Many have come forward to help Kerala. Besides the aid from various states, other nations have also been extending assistance to the flood-hit region. UAE has put forward a relief package and the Gulf nations have been helping us on all fronts," Kerala CM Vijayan said on Tuesday.

Around three million Indians live and work in the UAE out of which 80 per cent hail from Kerala.

The central government has already released Rs 500 crore for relief and rehabilitation mission for Kerala, this was over and above Rs 100 crore which was previously announced by Union Home Minister Rajnath Singh.

Chief Ministers of various states have also pledged financial assistance to Kerala which is estimated to reel under a loss worth over Rs 21,000 crore.

As many as 373 people have lost their lives in the destructive deluge that affected the entire state this monsoon season.

Nearly 10 lakh people are estimated to have been displaced, taking shelter in over 5,000 relief camps across Kerala.

Kerala received a respite from heavy rains on Monday after which the Indian Navy is reported to have scaled down its operations.

"The total number of diving teams deployed has now been reduced to 21, with 30 teams having returned after completing their rescue mission", a Southern Naval Command release stated.

Teams involved in rescue and relief mission have now been directed to focus on rehabilitation with an aim to make essential medicines available to avoid any outbreak of diseases.