Kashmir is a bilateral issue between India and Pakistan: UK PM Boris Johnson 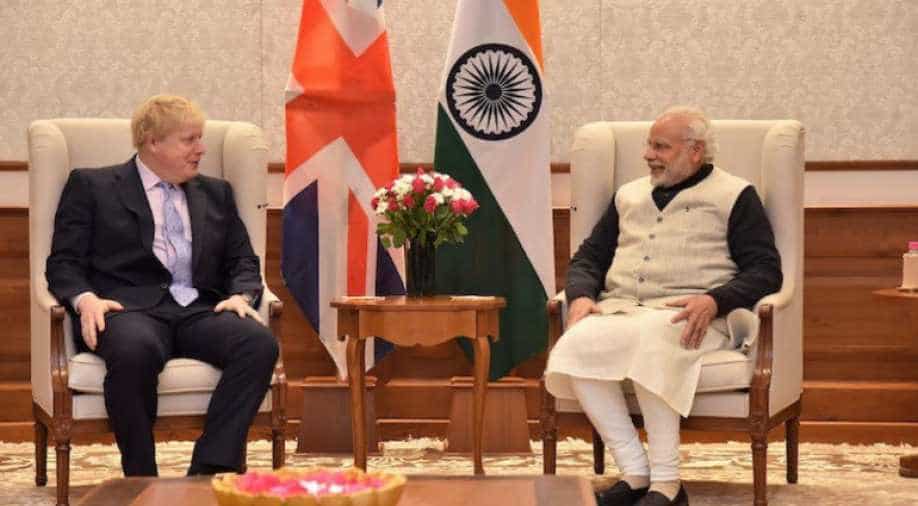 A UK Government readout said, 'The Prime Minister and Prime Minister Modi discussed the current situation in Kashmir. The Prime Minister made clear that the UK views the issue of Kashmir is one for India and Pakistan to resolve bilaterally. He underlined the importance of resolving issues through dialogue'

British Government underlined the need for dialogue between India and Pakistan and added that Kashmir was a bilateral issue between the two neighbours.

This was said during a conversation between Indian Prime Minister Narendra Modi and British PM Boris Johnson on Tuesday afternoon.

A UK Government readout said, "The Prime Minister and Prime Minister Modi discussed the current situation in Kashmir. The Prime Minister made clear that the UK views the issue of Kashmir is one for India and Pakistan to resolve bilaterally. He underlined the importance of resolving issues through dialogue."

Both the leaders will be present at the G7 summit that will take place in France over the weekend and "ahead of the G7, the Prime Minister and Prime Minister Modi agreed on the importance of working together to tackle climate change and other threats to biodiversity", the UK government readout added.

Terror and trade was also discussed during the phone call with PM Modi highlighting how terror has plagued all parts of the world, including India and Europe

During the same conversation, PM Modi had raised the issue of violent protests that took place in UK outside the Indian mission by Pakistani and Khalistani groups on Independence Day.

An Indian government readout said, that Prime Minister Modi "drew attention to the challenges posed by vested interests pursuing their motivated agenda, including by violent means."

The British Prime minister has regretted the incident and assured the safety of the Indian mission.

The readout said, Prime Minister Johnson "assured that all necessary steps would be taken to ensure safety and security of the High Commission, its personnel and visitors."

Thousands of protestors from Pakistani and Khalistani groups in London clashed violently with outside the Indian High Commission on India's Independence day even as the authorities tried to control the mob. Four people were arrested by the London authorities and one person was injured in the incident.

Though the Indian mission was informed that protest will take place and asked to take all precautionary measures, the scale at which it took place and dramatic visuals that were seen left many members of Indian diaspora shocked.

India has already taken up with the United Kingdom the violent protests which took place outside the Indian high commission on Independence day and conveyed its concerns on how the security of the mission was undermined.