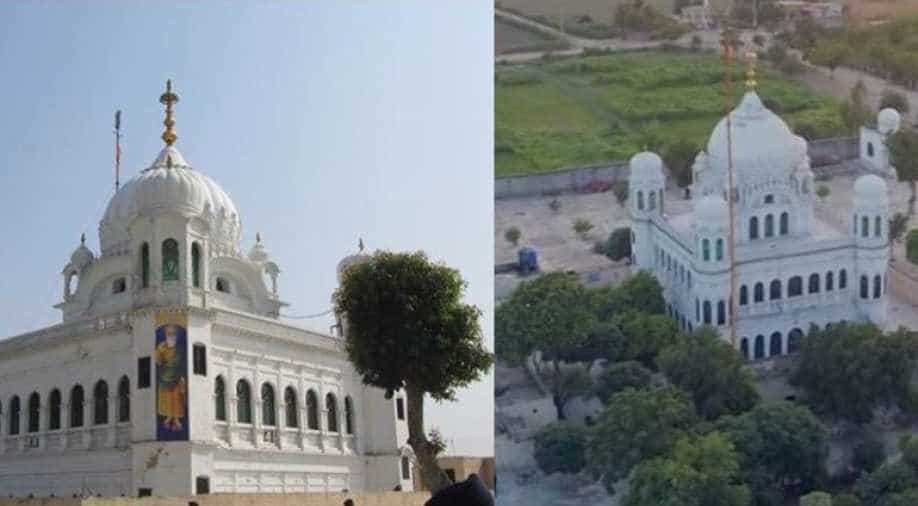 Kartarpur Sahib in Pakistan is located across the river Ravi, about four kilometres from the Dera Baba Nanak shrine in Indian Punjab’s Gurdaspur district.

The Kartarpur Sahib has special religious significance. This is the holy place where Guru Nanak Dev Ji, the founder of the Sikh religion, resided during his last days after travelling wide with his mission. This is also the final resting place of Guru Nanak Dev Ji.

The original abode established by Guru Nanak was washed away by floods of the river Ravi and the present gurudwara was established by Maharaja Ranjit Singh.

The present gurdwara is built on the site where Guru Nanak died, on September 22, 1539.

The gurudwara is just three kilometres away from the Indian border in the North Eastern city of Narowal in the Pakistani side of Punjab.

The gurudwara is located next to a small village named Kothay Pind on the West bank of the Ravi River.

Sikh devotees often gather near the border fence and offer prayers while looking at Gurudwara Kartarpur Sahib in Pakistan. India's Border Security Force (BSF) has specially-constructed a 'Darshan Sthal' (viewing spot) from where the devotees can get a clear view of the gurudwara through binoculars.

The 550th birth anniversary of the first Sikh Guru, who breathed his last in Kartarpur, will be being observed in November, 2019.