Karnataka polls: Here are the key constituencies to watch out 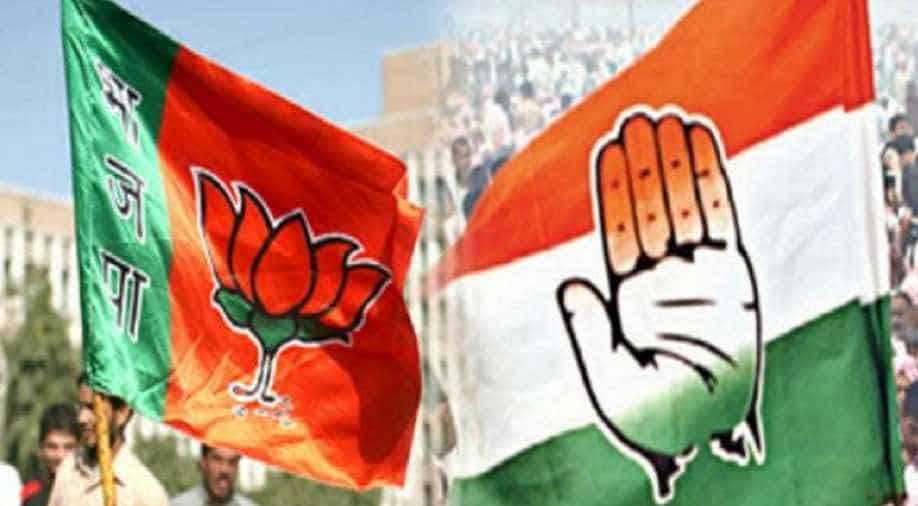 The D-Day for the elections in Karnataka is here. In just a few hours, the 4.94-crore strong electorate will begin exercising their franchise to decide the fates of over 2500 candidates, contesting for 222 assembly seats.

The Karnataka election, essentially, is a triangular contest among the incumbent Congress, the Bharatiya Janata Party (BJP) and the Janata Dal (Secular) (JD-S).

The southern state of Karnataka is one of the three states, where Congress is still in power. The other being Punjab and Mizoram and a union territory, Puducherry.

Siddaramaiah, the incumbent chief minister who is also leading the campaign in the state, is highly confident that Congress would retain the state and win with a huge majority. During the past few weeks, he has travelled extensively across the state, wooing voters, while lambasting the BJP for fielding tainted candidates in the high-stake elections.

While, the BJP, led by star campaigner Prime Minister Narendra Modi, has left no stones unturned and campaigned extensively in various parts of the state. Not only he has cornered and attacked the Congress on numerous occasions, he has also promised to make a "Nava Karnataka" (New Karnataka) if the party wins.

The third force in the state, the JD(S), led by former Prime Minister H.D. Deve Gowda, is also confident that his party would win enough seats to play a kingmaker role, if not from the government, in case the electorate throws up a fractured mandate.

Here is a look at some of the key constituencies and key players:

However, the sudden decision by the state BJP unit to not field Vijayendra has pulled the curtains on this big showdown.

Siddaramaiah has been contesting from this constituency since 2008. However, he decided to pass on the baton to his son this time.

Hence, the constituency would be still making news as Dr. Yathindra (37) will be making his political debut today.

Yathindra is now fighting against BJP's Thotadappa Basavaraju and Abhishek S. Manegar of the JD(S).

A Congress bastion, Siddaramaiah, in the last election, easily defeated Karnataka Jana Paksha's (KJP) Kapu Siddalingaswamy and Cheluvaraj of the JD(S) by a comfortable margin of 29,641 votes (18.45 per cent), securing 52.53 per cent of the total votes polled. The seat witnessed a voter turnout of 82.43 per cent.

There are a total of 2,13,812 voters in the constituency, including over 1 lakh female and 13 other voters.

Chief Minister Siddaramaiah is fighting from this high-profile constituency and will be facing BJP's S.R. Gopalrao and G.T. Devegowda of the JD (S), a powerful face from the Vokkaliga community and an ex-mentor of the chief minister.

Chamundeshwari in Mysuru district is named after the goddess who is worshipped with great fervour during the annual Dasara festival.

Badami, a tourist town in Bagalkot district in northern Karnataka is renowned for its cave temples.

Siddaramaiah is contesting from this constituency and holds prominence here as it is dominated by the Kuruba community, a shepherd community to which the chief minister belongs.

Winning the Badami and Chamundeshwari seats would help Siddaramaiah to again stake claim to the state's top post for second consecutive time, if the party wins the elections with a brute majority.

The Karnataka Chief Minister is locking horns with B. Sriramulu of the BJP.

There are a total of 2,14,834 voters in the constituency, having over 1 lakh female voters and 16 others.

He would be looking to further consolidate his position from this assembly constituency, which has majority Lingayat voters.

Priyank is currently the Minister of State (MoS) for Information Technology (IT) and Tourism in Siddaramaiah's cabinet.

He is up against BJP's Valmik Naik. The JD(S), however, has not fielded any candidate for the Chittapur seat.

A prominent locality in the southern part of Bengaluru city, former Karnataka Transport Minister and current Home Minister R. Ramalinga Reddy of the Congress is the incumbent MLA of this constituency.

The constituency falls on the Bengaluru Urban district of the Lok Sabha seat.

His daughter, Sowmya Reddy is contesting from the Jayanagar seat.

The Mandya constituency will be a keenly watched electoral battle as it has been termed as the "hotbed of Cauvery politics" by the media.

The agricultural lands in the district receive water from the Krishnarajasagara (KRS) Dam, built across Cauvery river. However, successive droughts have reduced the water level of the dam considerably.

Mandya has seen massive and violent protests over the sharing of Cauvery river water between the states of Karnataka and Tamil Nadu.

The Congress has fielded P. Ravikumar, who will lock horns with M. Srinivas of the JD(S) and N. Shivanna of the BJP.

In 2013 elections, popular Kannada actor Ambareesh won from this seat for Congress with a margin of 42,937 votes (28.1 per cent), securing 59.11 per cent of the total votes polled. The constituency witnessed a voter turnout of 68.58 per cent.

Like Siddaramaiah, former chief minister and JD(S) heavyweight H.D. Kumaraswamy will be contesting from the constituencies of Ramanagaram and Channapatna respectively.

The decision by Kumaraswamy to contest from these two seats in Ramanagaram district is seen as an opportunity for the party to return to the centre stage of Karnataka politics.

In Ramanagaram, which is a predominant JD(S) seat, Kumaraswamy won in both 2008 and 2013 elections.

He will face Leelavathi of the BJP and Iqbal Hussain of the JD(S) from this seat.

In the 2013 elections, he defeated Congress candidate Maridevaru with a margin of 25,398 votes (17.08 per cent), securing 56.12 per cent of the total votes polled. The Ramanagaram constituency witnessed a voter turnout of 80.58 per cent.

In Channapatna, the JD(S) leader's wife Anitha Kumaraswamy lost to Samajwadi Party (SP) candidate, C.P. Yogeshwara in the 2013 elections, with a margin of 6,464 votes (3.84 per cent), securing 47.53 per cent of the total votes polled. The seat witnessed a voter turnout of 84.78 per cent.

This time, Kumaraswamy will contest from this seat, where he is locking horns with Yogeshwara and H.M Revanna of the Congress.

Another constituency to watch out is the high-stake Shikaripura seat in central Karnataka, which will be contested by former Karnataka Chief Minister B.S. Yeddyurappa, who is also the BJP's chief ministerial candidate.

Very popular among the Lingayat community, Yeddyurappa would be hoping to win votes from the 50,000-strong community.

The former chief minister contesting the Karnataka polls has not gone down well with the Congress, claiming that the BJP was fielding tainted candidates, like Yeddyurappa.

It is to be noted that Yeddyurappa was credited for helping the BJP to win Karnataka elections in 2008, which was the first time the saffron party came to power in a southern state.

This time, the former chief minister will lock horns with Congress' Goni Malatesha and H.T. Balegar of the JD(S).

In 2008, he defeated former chief minister S. Bangarappa of the Samajwadi Party (SP) and erstwhile Congress and BJP leader with a margin of 45,927 votes (36.43 per cent), registering 66.22 per cent of the votes polled.