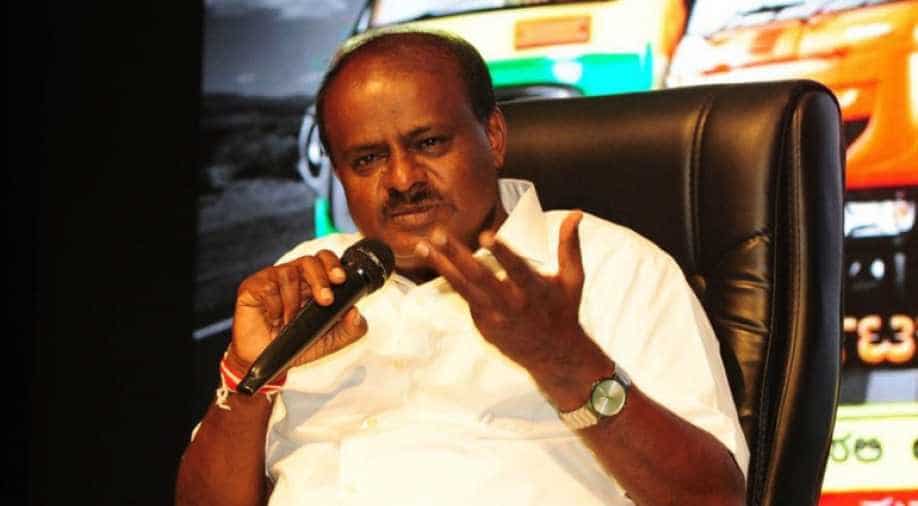 A day after 12 MLAs of the ruling JD(S)-Congress alliance submitted their resignation letters, state chief minister HD Kumaraswamy will be flying to Bengaluru by a special flight from Delhi.

Kumaraswamy arrived in Delhi from the US and will be flying to Bengaluru amid growing speculation over the fate of his 13-month government in Karnataka.

Kumaraswamy had to cut short his visit due to the ongoing political turmoil triggered in the state in his absence.

DK Shivakumar of Congress said they would be also calling for a meeting of party leaders.

''They've (JDS) called a meeting of their party leaders. We'll also call our party leaders to sort out this issue. I'm confident things will cool down immediately. In the interest of the nation and both parties, we've to run government smoothly.

Shivakumar expressed confidence that MLAs of both the parties, who have resigned, will take back the resignation.

Meanwhile, BS Yeddyurappa of BJP again denied any involvement in the ongoing crisis.