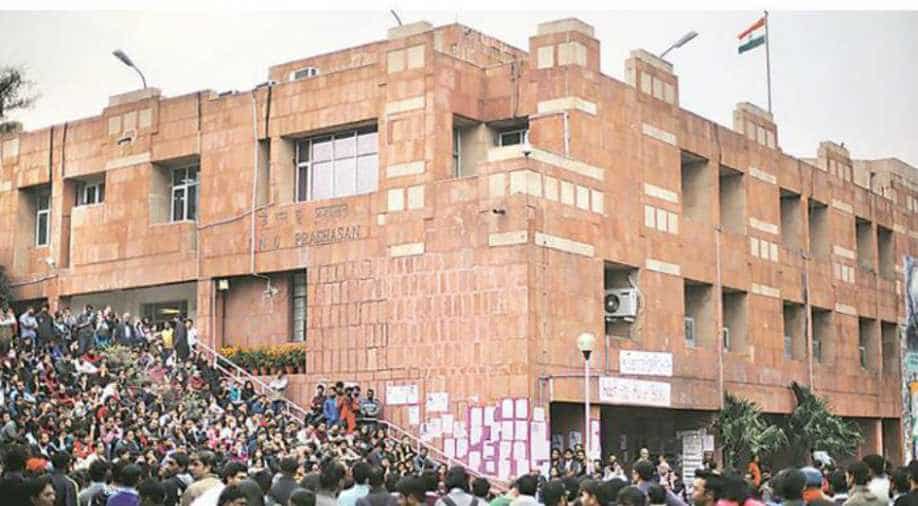 Chief Metropolitan Magistrate Deepak Sherawat made the observation after being told by police that sanction was an administrative action and the charge sheet can be filed without that.

A city court hearing the 2016 JNU sedition case Saturday observed that the city police's role regarding sanction was complete and it will now ask the Delhi government about the same.

Chief Metropolitan Magistrate Deepak Sherawat made the observation after being told by police that sanction was an administrative action and the charge sheet can be filed without that.

DCP of Special Cell of Delhi Police, Pramod Kushwaha, told the court that the agency has already sent a request to the Delhi government seeking sanction.

The court Friday pulled up the Delhi Police over non-appearance of the DCP, who was asked to file a report in the case.

The Delhi Police had earlier told the court that authorities were yet to give requisite sanctions to prosecute former JNU students' union president Kanhaiya Kumar and others in the case, and it would take two to three months to procure sanctions.

On January 14, police had filed a charge sheet in the court against Kumar and others, saying he was leading a procession and supported seditious slogans raised in the JNU campus during an event on February 9, 2016.

The court had also sought a report from the deputy commissioner of police assigned to the case.