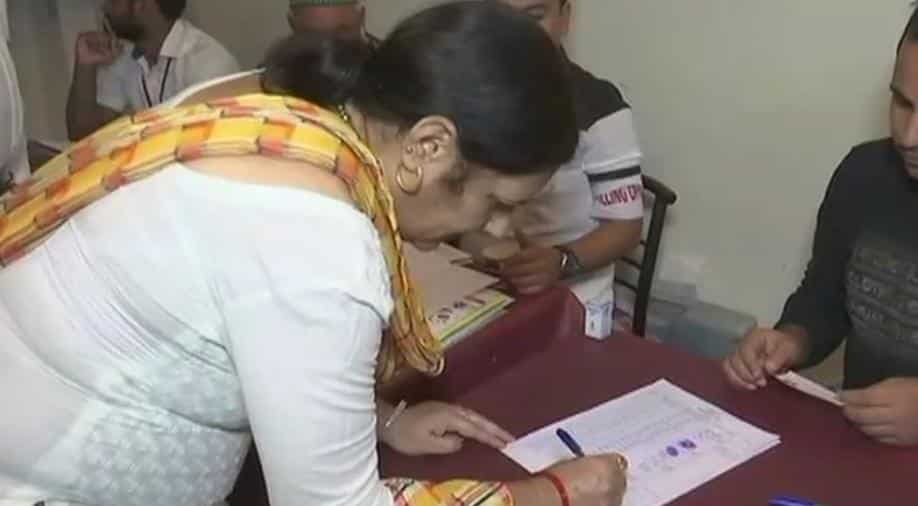 Voting began at 6 am on Wednesday morning amid stringent security arrangements, officials said.

Polling began Wednesday for the second phase of the four-phased municipal elections in Jammu and Kashmir to seal the fate of 1,029 candidates in fray across the state.

Voting began at 6 am on Wednesday morning amid stringent security arrangements, officials said.

They said the voting would take place at 544 polling stations across the state and would end at 4 pm.

Jammu and Kashmir: 84-year-old woman arrives at a polling station in Reasi to cast her vote in the second phase of urban local bodies elections pic.twitter.com/QKnEKbPpZo

A total of 65 candidates - 61 of them from Kashmir valley - have already won the polls uncontested, while in 56 wards ? all in the valley - no nomination was received, so no polling is taking place in those places, they said.

As many as 270 polling stations have been designated for voting in Kashmir Division and 274 in Jammu Division, they added.

#JammuAndKashmir: People queue up outside a polling booth in Udhampur to cast their votes for the second phase of local body elections. pic.twitter.com/15Sy9VXxC7

They said massive security arrangements have been put in place to ensure smooth conduct of the polls.

The elections, covering 79 municipal bodies with an electorate of about 17 lakh, are being held in four phases.

Voting underway in 13 districts of #JammuAndKashmir in the second phase of urban local bodies elections; #visuals from a polling station in Reasi pic.twitter.com/CpRO7ZFFow

The National Conference (NC), the Peoples Democratic Party (PDP) and the CPI(M) have boycotted the polls to protest the legal challenge to Article 35A of the Constitution in the Supreme Court.

The government has declared a holiday on the day of poll in the municipal areas concerned to enable voters to cast their vote.