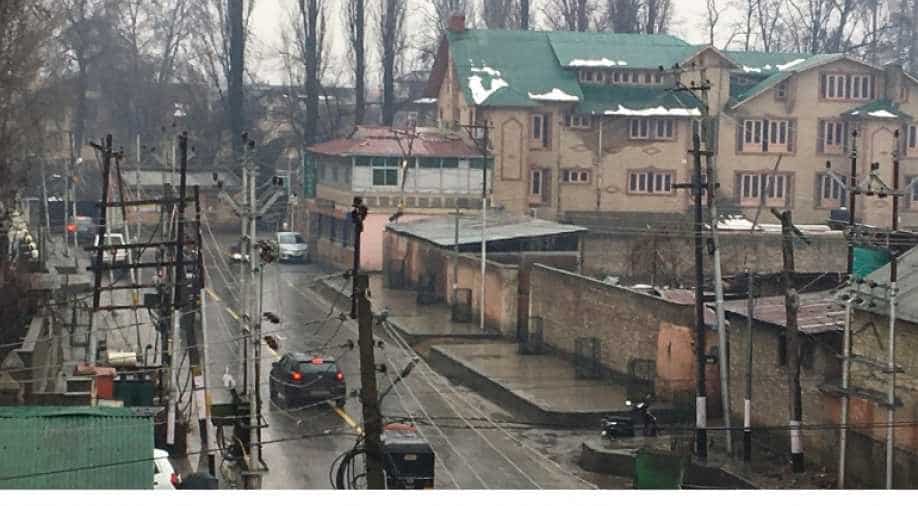 The state gets most of its electricity from hydel projects but when the rivers dry up in the winter, electricity generation also takes a hit.

Winter in the state of Jammu and Kashmir is bone-chilling but the electricity crisis in the state has left the Kashmir Valley in darkness. And the power cuts inevitably grow longer every winter since the power deficiency in the state doesn't seem to improve.

Aroofa is studying in the fourth standard. During the winter vacations, she and her siblings study under candlelight when the power cuts interrupt their studies. This has also been the case with other students preparing for their exams.

"When we come back from tuition and start studying at night, we don't have electricity. We have to light candles to study every day. Our eyes have water when we continuously look at books under candlelight," says Aroofa while studying in her room in Srinagar.

Every winter, the state's demand for electricity grows as its generation of power does down.

Most of the power generated by the state comes from hydel plants but when the rivers dry up in the winter, electricity generation also takes a hit.

The valley then has to buy power from the northern grid to meet its requirements.

This has forced authorities to buy electricity from the northern grid for Rs 6,000 crore. The state has also been unable to bridge commercial losses of almost Rs 3,500 crores. (A recent RTI revealed that bureaucrats and legislators are among the top defaulters.)

"We have a grid capacity of 1,250 megawatts. As of now, we are importing electricity from the northern grid. We are dependent on hydel generation as, during winter, river water dries up, so we don't generate much electricity," says Hashmat Qazi, chief engineer of the Power Development Department,

For now, the administration has promised to overcome the power crisis (to a large extent) by the year 2020 by upgrading the sector.