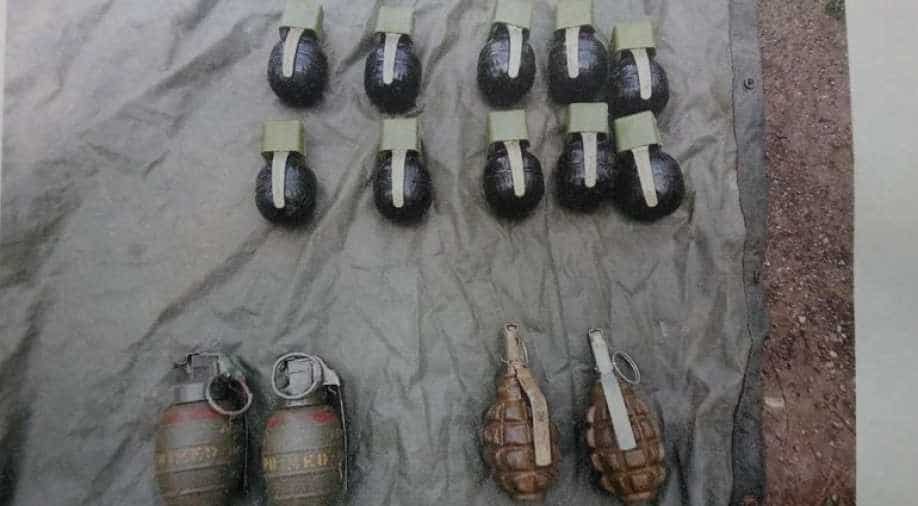 Meanwhile, five terrorists were spotted by security forces and killed on Wednesday in Jammu and Kashmir's Rafiabad.

The Army recovered a large number of arms and explosive material including four firearms and 14 grenades during a search operation in Poonch district of Jammu and Kashmir today, an official said.

According to news agency PTI, the Army troops launched a search operation at 9 am on Thursday which came to an end at around 12 pm during which the weapons were discovered.

The army recovered weapons that included one 9mm pistol, four rounds of 9mm pistol, one AK-56 rifle (with a sling), an unidentified weapon, one revolver, 14 hand grenades and one AK-47 bayonet, PTI reported.

Five terrorists were spotted by security forces and killed on Wednesday. The encounter was underway from the last 3-4 days in Jammu and Kashmir's Rafiabad. Security forces also recovered weapons, an investigation is underway, Javed Iqbal, SSP Sopore told ANI.

This encounter was underway from last 3-4 days in Rafiabad and yesterday evening five terrorists were spotted by security forces. All of them have been killed this morning and arms have recovered from them. Investigation is underway: Javed Iqbal, SSP Sopore on Rafiabad encounter pic.twitter.com/XmNFVCLjwk