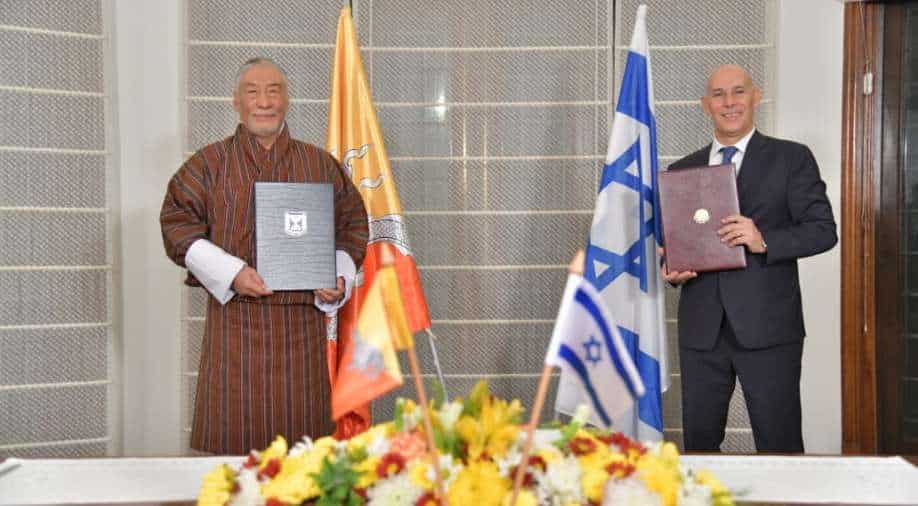 Bhutan does not have any formal diplomatic relation with any P5 country  - US, Russia, UK, France or China.

In a major development for South Asia, Bhutan and Israel formally established diplomatic relations with the exchange of diplomatic documents between Israeli envoy to India Ron Malka and Bhutanese envoy General Vetsop Namgyel in Delhi on Saturday.

A joint statement after the establishment of ties said, "it would not only build upon the existing close ties but open the path to greater cooperation and further strengthen relations between the two countries and peoples."

Both countries have had cordial ties with Israel supporting Bhutan's human resource development since 1982, especially in areas such as agriculture development.

The joint statement said both sides, "reiterated the shared desire of the two countries to further strengthen bilateral cooperation to the benefit of both peoples" and "in addition to deepening cooperation in areas including economic, technological, and agricultural development, the two ambassadors highlighted that the ties between the peoples through cultural exchanges and tourism would also be further enhanced."

Key areas both sides plan to increase cooperation after the establishment of ties are water management, technology, human resource development and agricultural sciences.

The development comes even as just last month Germany and Bhutan established ties. In West Asia, Bhutan already has ties with Kuwait, Bahrain, United Arab Emirates, Turkey, Oman. The last time the Himalayan country established any diplomatic relations with a West Asian country was with Oman in 2013.