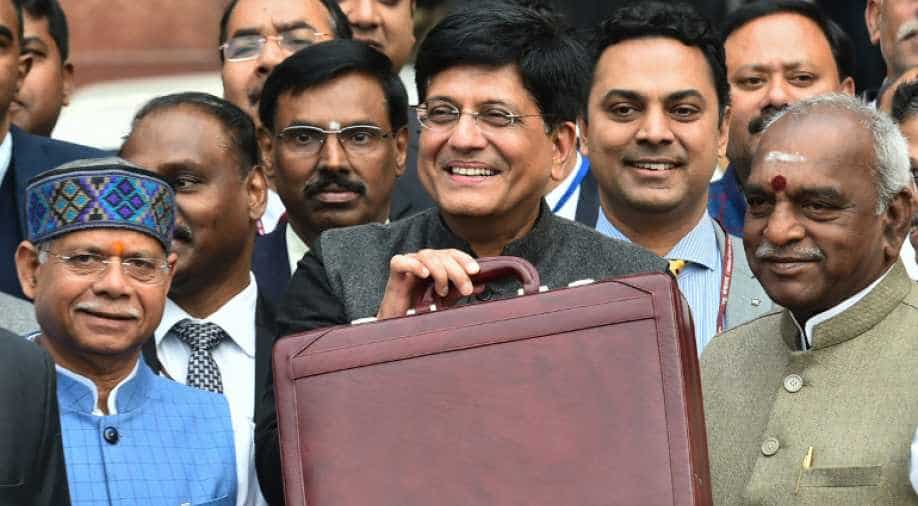 Reaching out to a large electorate ahead of the Lok Sabha polls, the Modi government Friday announced a cash dole for small farmers, a mega pension scheme for the unorganised sector and doubled the threshold income tax exemption limit to Rs 5 lakh

A top American business advocacy group on Friday lauded the interim budget presented by Finance Minister Piyush Goyal, saying that the many positive elements in it will support consumer spending and economic growth.

Reaching out to a large electorate ahead of the Lok Sabha polls, the Modi government Friday announced a cash dole for small farmers, a mega pension scheme for the unorganised sector and doubled the threshold income tax exemption limit to Rs 5 lakh.

Minister Goyal proposed an array of incentives for both middle-class and farmers, whose disenchantment was said to have cost the BJP dearly in recent assembly elections.

"We see many positive elements that will support consumer spending and economic growth, including a boost in defence and health spending as well as a renewed focus on digitisation of government processes as well as artificial intelligence," US India Business Council (USIBC) president Nisha Desai Biswal told.

The creation of a single window for approvals in film production will boost the media and entertainment industries as well as measures on anti-piracy, she said.

"USIBC applauds the interim budget released by the government," she added.

However, the budget comes on the heels of disappointing moves by the Indian government to mandate a rushed implementation of changes in its eCommerce policy, she rued.

The Indian government's failure to extend the February 1 deadline to comply with the foreign direct investment policy in e-commerce has already created disruptions in the industry and disadvantaged Indian consumers and suppliers, she said.

"The policy changes add unnecessary costs and burdens to e-commerce platforms and will inhibit growth in the e-commerce sector in India," Biswal said.

Fiscal stimulus to small and marginal farmers and tax sops for the middle class will lead to more disposable income. "This will result in increased consumption. It will likely boost the rural economy and surge domestic growth," Rishi said.

Even with these sops, the finance minister has managed to keep the anticipated fiscal deficit at 3.4 per cent. The deficit is well within range.

Finance Minister has succeeded in doing a fine balancing act, he said.

"With this budget, growth is likely to improve further and meeting 7.5 per cent real GDP target," Rishi said.

Noting that the 13 per cent increase in Department of Health and Family Welfare budget is laudable, he said this confirms Indian government's dedication to Healthy India initiatives and its commitment to serving the poor and needy.

Threefold increase in allocation to Ayushman Bharat reinforces the commitment towards Universal Healthcare for all citizens, he said.
For the last 13 years, USAIC has been pitching for increased outlay on Science and Technology.

"Science and Technology are vital for the National progress. We are pleased to see largest ever allocation for the S&T. This will help India play a leading role in innovation. Plan to develop one hundred thousand digital villages in the next five years is laudable," Rishi said.