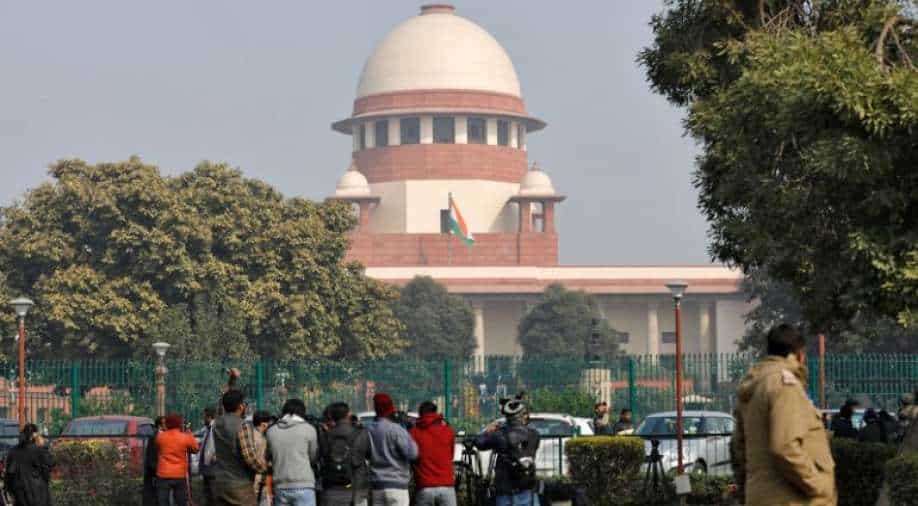 On May 17, the top court had directed the district magistrate of Varanasi to ensure protection of an area inside the Gyanvapi-Shringar Gauri complex where a 'Shivling' is said to have been found during a survey and allowed Muslims to offer 'namaz' and perform 'religious observances.' Photograph:( Reuters )

A panel of the Supreme Court of India has recommended that voluntary sex work is not illegal and therefore, sex workers should not be arrested, penalised, harassed, or victimised.

"Whenever there is a raid on any brothel since voluntary sex work is not illegal and only running the brothel is unlawful, the sex workers concerned should not be arrested or penalised or harassed or victimised," the pandel said in one of its guidelines.

"Needless to say, this basic protection of human decency and dignity extends to sex workers and their children, who, bearing the brunt of social stigma attached to their work, are removed to the fringes of the society, deprived of their right to live with dignity and opportunities to provide the same to their children," it added.

"It need not be gainsaid that notwithstanding the profession, every individual in this the country has a right to a dignified life under Article 21 of the Constitution of India."

However, the Central government has expressed reservations about the recommendation ''that voluntary sex work is not illegal and that only running a brothel is prohibited, with no action taken against sex workers,'' according to Additional Solicitor General Jayant Sud.

Some of the recommendations, made by Justices L. Nageswara Rao, B.R. Gavai, and A.S. Bopanna, have been accepted by the Government of India and the Apex Court has now ordered states to implement them.

“Criminal law must apply equally in all cases, on the basis of ‘age’ and ‘consent’. When it is clear that the sex worker is an adult and is participating with consent, the police must refrain from interfering or taking any criminal action," the Supreme Court said.

It has given six weeks to the Central government to react and implement the recommendations and file its response by July 27, 2022.

The court also directed that Aadhar Cards shall be issued to sex workers on the basis of a proforma certificate.

It is issued by UIDAI (Unique Identity - Aadhaar to all Residents of India) and submitted by the Gazetted Officer at NACO or the Project Director of the State Aids Control Society, along with the Aadhar enrolment form/application.