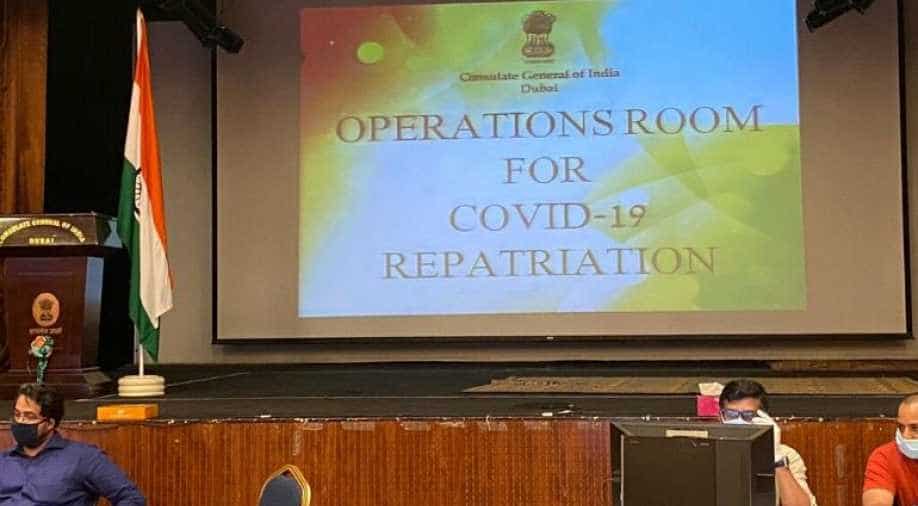 India's mega repatriation plan to bring back thousands of thousands of its stranded nationals from abroad has started with the first flight to land in Kerala in the night.

India will be bringing back around 14600 of its citizens in 64 flights in the first week of the repatriation process.

Flights will get back stranded Indians from 12 countries—6 from the Gulf, UAE, Saudi Arabia, Qatar, Bahrain, Kuwait, Oman, 3 from ASEAN--Malaysia, Philippines, Singapore, 1 from the neighbourhood which is Bangladesh and US, UK.

Focus remains on the gulf where 3 lakh people have registered for repatriation. Of the 64, 25 flights will be coming from the gulf, and of the gulf, 10 flights will come from UAE, which hosts the largest number of Indians globally, many of them blue-collared workers.

The first flight from Saudi Arabia is scheduled to operate from Riyadh to Kozhikode on May 08, 2020, and the other 4 flights would operate on Riyadh-Delhi; Dammam-Kochi; Jeddah-Kochi and Jeddah-Delhi sectors.

7 flights will come each from Bangladesh, UK, Malaysia, US, 5 from Singapore, Philipines, Saudi Arabia, 4 from Kuwait, 2 each from Qatar, Bahrain and Oman.

Meanwhile, Indian Navy's Operation Samudra Setu to evacuate Indians from the Maldives will begin from tomorrow and ahead of that INS Jalashwa has entered Male port.

Indian envoy to Maldives Sunjay Sudhir speaking to WION exclusively on the operation said, "Around midday of 8th of May, the first group of about 700 Indians will set sail back home, back to Kochi, that will be the first lot. After that, we are planning a few other evacuations though Navy ship."

INS Jalashwa Indian Navy's largest Amphibious platform (Landing Platform Dock) can carry 1000 troops. With the current social distancing, norms can carry 500-700 people. The repatriation will be in 2 phases via 2 ships with the first group being taken to Kochi, then Tuticorin. Priority will be given to medical cases, women and those who lost jobs.

The French embassy in a statement said, "During this period of a public health crisis, the Indian and the French navies are fully engaged in the Samudra Setu and Resilience operations respectively to aid people facing the ordeal of the COVID-19 epidemic."

Last year the 17th edition of Varuna, the Indo-French naval exercise saw both the Navies reaching a decisive phase in interoperability.

On Monday India's envoy to UAE Pavan Kapoor speaking exclusively to WION said, "I am glad that we are starting this process of repatriation for those who urgently need to return to India. We look forward to working closely with the UAE authorities to make this process as smooth and efficient as we can."

Around 11,000 stranded Indians have registered with Indian mission in Moscow, 1200 in New Zealand, 390 Indian nationals with High Commission of Nairobi, 265 at the Indian mission in Mexico, 2000 at India's mission in Canada and five Indians in Somalia have also registered so that they can get back home. Only asymptomatic passengers would be allowed to travel and Standard Operating Protocol (SOP) for the process had been prepared in this regard.

The facilitation will only be on "compelling grounds" and will be done via planes and naval ships on payment basis and non-scheduled commercial flights would be arranged for air travel. During the process of getting back, all health protocols like social distancing norms will have to be followed.

The evacuees after reaching the destination would have to register on the Indian government's Aarogya Setu app which has been developed to alert about COVID-19 crisis and alerts regarding it.

After being medically screened, they will be quarantined for 14 days in a hospital or an institutional quarantine on payment-basis by the State governments which will be followed by COVID test at the end of the given period.