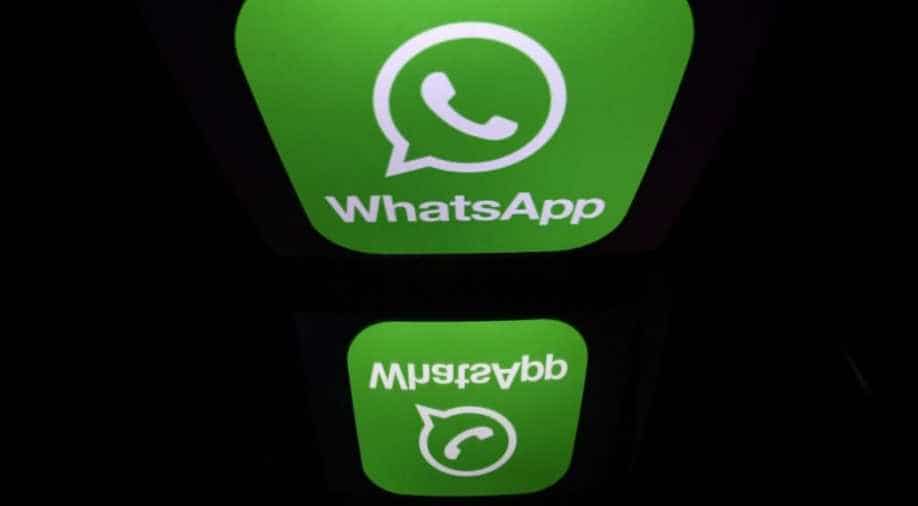 The IT ministry in the letter has asked Whatsapp to withdraw the proposed policy, slamming its "all or nothing" approach which "leverages the social significance of the app to force users into a bargain".

In a strongly worded letter to WhatsApp CEO Will Cathcart, India's ministry of electronics and information technology has expressed its "strong concerns" on the new privacy changes and asked the instant messaging app to "respect the date security of Indian users".

The IT ministry in the letter has asked Whatsapp to withdraw the proposed policy, slamming its "all or nothing" approach which "leverages the social significance of the app to force users into a bargain".

The policy announced earlier this month asked the social media company to agree to the new terms or lose access to accounts by February 8, sparking widespread concerns and criticism. Since Whatsapp is owned by Facebook, the letter called on the social media giant to "value the principles of privacy and consent" as laid down by the Indian Supreme Court in its judgment of Justice (retd) KS Puttaswamy vs union of India (2017).

The data sharing between Whatsapp and Facebook has been one key aspect of the concern. The Indian government's letter said that the new proposed policy ceases any "any meaningful distinction between WhatsApp and Facebook companies" and given the huge user base of both the companies in India, "consolidation of this sensitive information" exposes a "very large segment of Indian citizens" to "greater security risks and vulnerabilities creating a honeypot of information." Under such pressures, Whatsapp recently halted the rollout of its controversial privacy policy.

Interestingly, India has raised "strong objections" against "differential treatment" by WhatsApp to its users in India and in the European Union. While the new proposed WhatsApp policy was only for India, they remained unchanged for Europe. The letter said, "differential treatment is prejudicial to the interests of Indian users" and is viewed with "serious concern by the government"."

The Indian government has handed over a detailed questionnaire to the messaging app to get details about its data-sharing protocols and business practices. Questions included does WhatsApp conduct the profiling of Indian users, does the app capture information about other apps running on a mobile device. Here some of the key questions by the Indian govenment to Whatsapp:

1.Disclose the exact categories of data that WhatsApp application collects from Indian users.

2. Give details of the permissions and user consent sought by WhatsApp app and utility of each of these with respect to the functioning and specific service provided.

3. Does WhatsApp conduct profiling of Indian users on the basis of their usage of application? What nature of profiling is conducted?

4. Details of difference between WhatsApp privacy policies in other countries and India.

7. Does the WhatsApp app capture the information about the other apps running on the mobile device of the user? If yes, what information is being captured by the app and what purpose is it being collected and used?

8. Details about the server when data of Indian users is transmitted or hosted.

10. Does the app harvest user data? Has the company faced any action in any country for surreptitiously harvesting user data?