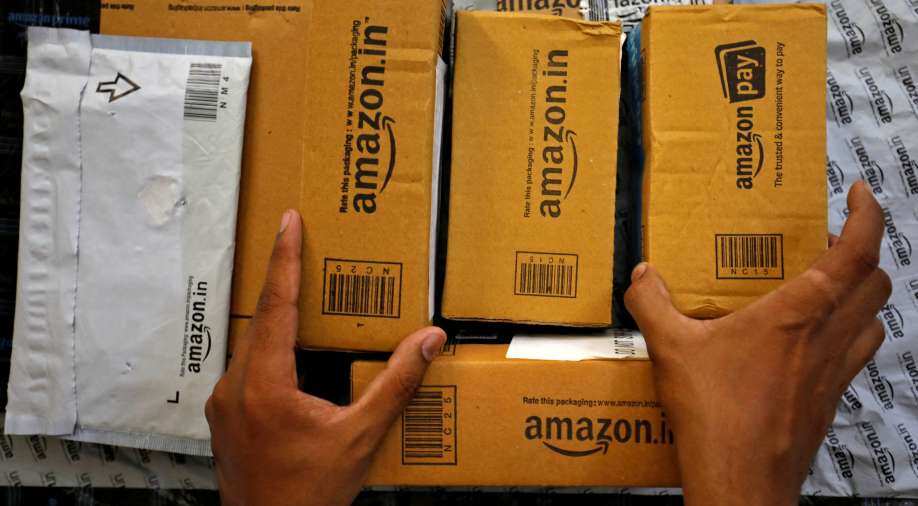 Amazon has for months successfully used the terms of its toehold $200 million investment in Future in 2019 to block the Indian retailer`s attempt to sell retail assets to Reliance Industries for $3.4 billion

India's antitrust agency on Friday suspended Amazon.com`s 2019 deal with Future Group, potentially denting the US company`s attempts to block the sale of Future`s retail assets to an Indian peer.

The regulator ruled that the US e-commerce group had suppressed information while seeking regulatory approval on an investment into Indian retailer Future Group two years ago.

The ruling by the Competition Commission of India (CCI) could have far-reaching consequences for Amazon's legal battles with now estranged partner Future.

Amazon has for months successfully used the terms of its toehold $200 million investment in Future in 2019 to block the Indian retailer`s attempt to sell retail assets to Reliance Industries for $3.4 billion.

The regulator`s 57-page order said it considers "it necessary to examine the combination (deal) afresh," adding its approval from 2019 "shall remain in abeyance" until then.

The CCI`s order said Amazon had "suppressed the actual scope" of the deal and had made "false and incorrect statements" while seeking approvals. The CCI order imposed a penalty of around 2 billion rupees ($27 million) on the U.S. company.

"The approval is suspended. This is absolutely unprecedented," said Shweta Dubey, a partner at Indian law firm SD Partners, who was formerly a CCI official.

"The order seems to have found new power for CCI to keep the combination approval in abeyance," she added.

Amazon will be given time to submit information again to seek approvals, the CCI added.

Future and Reliance did not respond to a request for comment. Amazon said it is reviewing the order "and will decide on next steps in due course."

The 2019 Future deal approval being put on hold could dent Amazon`s legal position and retail ambitions, while making it easier for Reliance - the country`s largest retailer - to acquire number two player Future, people familiar with the dispute said.

Amazon has argued that terms agreed in its 2019 deal to pay $200 million for a 49% stake in Future`s gift voucher unit prevent parent, Future Group, from selling its Future Retail Ltd business to certain rivals, including Reliance.

But after Future complained to the CCI that Amazon had concealed facts, the CCI in June sought explanation from Amazon saying it hid factual aspects of the transaction by not revealing its strategic interest in Future Retail while seeking approvals.

Amazon, in responses to CCI, said it never concealed material information, warning the watchdog that the deal`s revocation would send a negative signal to foreign investors.

The Future-Reliance deal has been on hold for months as Amazon got favourable interim rulings from a Singapore arbitrator and Indian courts.
Future denies any wrongdoing.