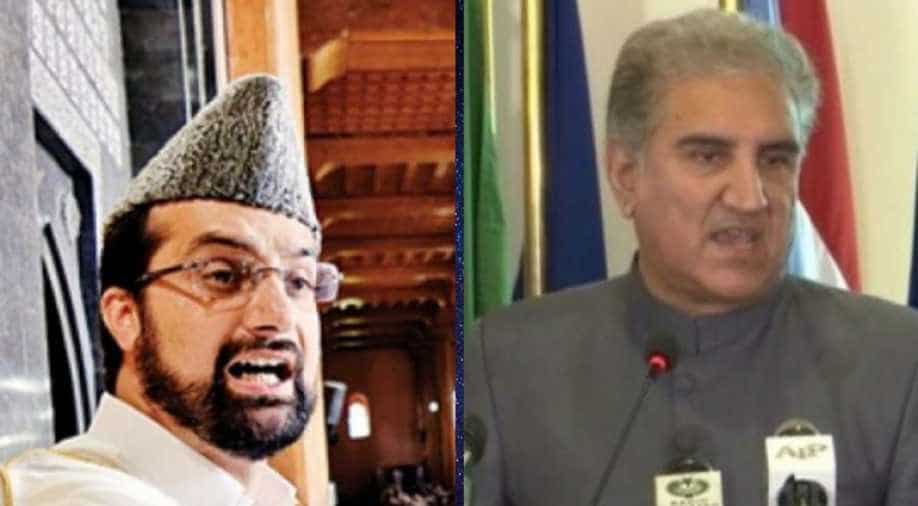 The deplorable act has violated all norms for the conduct of international relations even by Pak's own standards, MEA said.

The development comes in response to the telephonic conversation which was initiated by Pakistan foreign minister Shah Mehmood Qureshi to separatist leader Mirwaiz Umar Farooq, who heads All Parties Hurriyat Conference in the Valley.

In a release the Ministry of external affairs said, foreign secretary conveyed the "Government of India’s condemnation in the strongest terms of this latest brazen attempt by Pakistan to subvert India’s unity and to violate our sovereignty and territorial integrity, by none other than the Pakistan foreign minister."

#WATCH: Pakistan High Commissioner to India Sohail Mahmood was summoned by Foreign Secretary Vijay Gokhale in connection with the telephone conversation initiated by the Foreign Minister of Pakistan with Mirwaiz Umar Farooq from the All Parties Hurriyat Conference. pic.twitter.com/aFUG3OeLe8

The foreign secretary further conveyed that "this deplorable act has violated all norms for the conduct of international relations even by Pakistan’s own standards." and Pakistan foreign minister’s actions are "tantamount to direct interference in the internal affairs of its neighbour."

Foreign secretary also underscored that by this action "Pakistan has confirmed yet again that it officially abets and encourages individuals associated with terrorism and anti-India activities" and this has "exposed to the entire international community Pakistan’s duplicity in professing their desire for normal relations with India on the one hand, while openly inciting anti-India activities on the other."

The release said India has "categorically informed" Pakistan to desist forthwith from such actions and  "cautioned that persistence of such behaviour by Pakistan will have implications."

The first time a Pakistani High Commissioner was summoned under the present government was on 29th December 2014 after Zakir Ur Rehman Lakhvi who was involved in 26/11 was released.