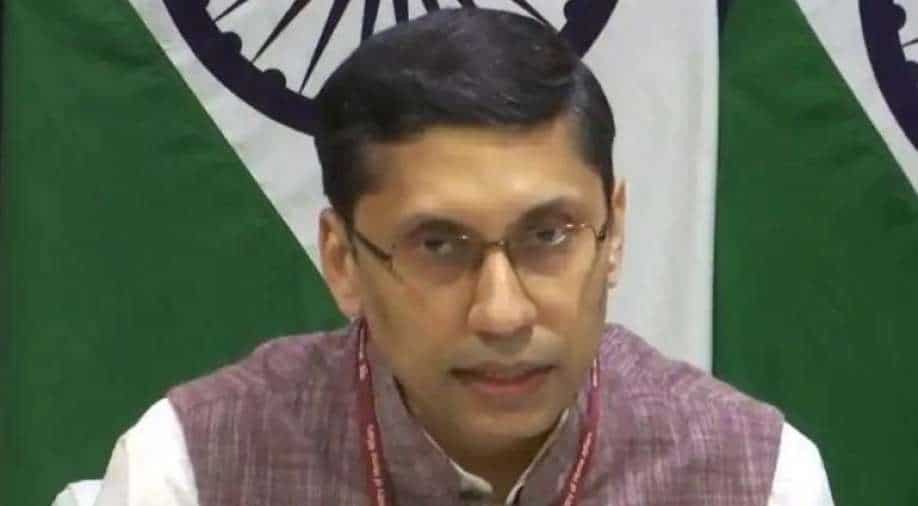 In the past, many attempts have been noticed for the desecration of Mahatma's statue in the US by extremist elements

India has raised with United States government attempts to desecrate Mahatma Gandhi's statue by Khalistani mob in Washington. This came after the mob attempted to desecrate the statue on India's Republic Day as a show of protest.

In response to questions at the weekly presser, Ministry of External Affairs spokesperson Arindam Bagchi said, "There was also an attempt to desecrate the statue of Mahatma Gandhi in Washington DC. We have taken up all these unfortunate incidents with the host governments and conveyed our concerns".

He further added, "We have requested a thorough investigation, action against all those involved and prevention of such incidents from happening in the future."

In the past, many attempts have been noticed for the desecration of Mahatma's statue in the US by extremist elements.

This has not just happened in Washington but similar instances have also taken place in front of the Indian consulate in Milan where Khalistani elements had put up their flag.

Khalistanis have been active in several European countries, like Italy and the UK, where such kinds of activities have been noticed in the past as well.

The MEA spokesman highlighted that India attaches "utmost priority to the security of our diplomats abroad and the premises in which they work and live in" and "work closely with local authorities and host governments to ensure that adequate security is provided".

Many of these Khalistani elements have support from Pakistan as these protestors have been seen chanting pro-Pakistan slogans.

During PM Modi's visit to the US last year, Khalistani protestors were seen chanting pro-Pakistan slogans.

Interestingly, a strong social media presence has also been seen as videos of acts of desecration and acts of vandalisation in front of Indian missions have been instantly uploaded by Pro Khalistani anonymous Twitter handles.