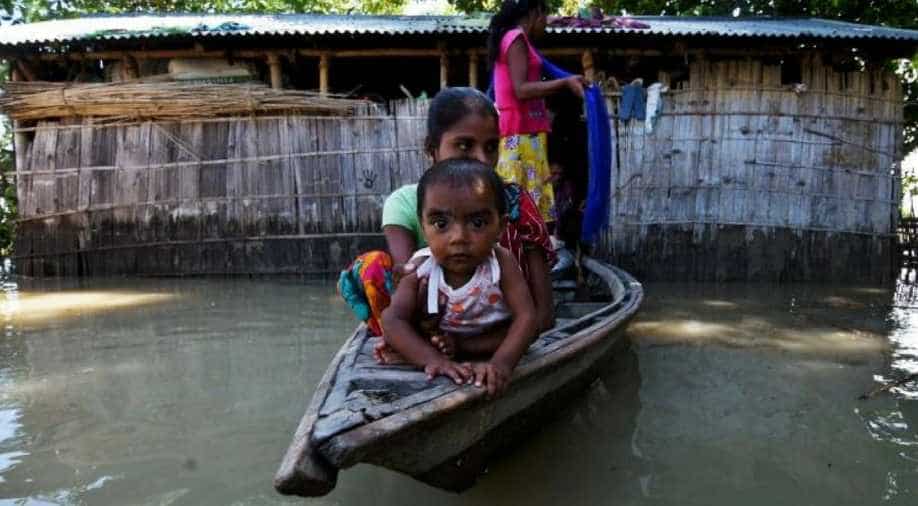 India is one of the world's most disaster-prone country due to its geo-climatic condition and large population. Photograph:( Others )

In 2004, the tsunami, which was caused due to the earthquake in the Indian Ocean left a dark chapter in Indian history. Memories from that unfortunate event still haunt India. According to reports, in India, 10,749 people lost their lives and 5,640 are still missing.

Not to forget the recent Uttarakhand floods of 2013, which gave goosebumps to all those who were watching the rescue operations, videos and images live on their TV screens and on social media.

Also, the Gujarat earthquake that occurred in 2001 which claimed 25,000 lives and the super cyclone in Odisha that caused severe damage to human lives and property.

India became the first country to set up its own National Disaster Management Division.

Disasters natural or man-made are common throughout the world. It continues to occur without warning and the magnitude and frequency is intensifying with every new occurrence.

Even developed countries like the USA cannot save themselves from such disasters. In 2017, hurricane Maria had hit the northeastern coast of the USA, causing damage worth $51.2 billion.

Floods, cyclones, earthquakes, landslides, hailstorms, droughts etc. are the most frequently occurring disasters in India. Recently, huge parts of the Indian region was submerged in water due to torrential rains causing immeasurable loss to the country.

The damage is not limited to only humans, animals are also affected by disasters. In 2017, Assam was affected badly by floods, there was a huge impact on endangered species especially on the one-horned rhino. Around 225 animals died in Kaziranga Nationa Park, 15 rhinos were found dead.

If a natural or man-made disaster hits Indian region, then are we ready?

Displacement of the population, scarcity of food, loss of property and houses, emotional aftershocks are few human impact of natural disasters. The poorly constructed buildings, rapid increase in population, lack of economic nets, poor forecast and late warnings are few of the reasons that are responsible for the large-scale destruction.

India is one of the world's most disaster-prone country due to its geo-climatic condition and large population. With every nation concentrating on disaster reduction, India recently set up its own National Disaster Management Division. For this attempt, India was praised by the UN.

But the question is: if a natural or man-made disaster hits the Indian region in the near future, then will we be ready? With every new shocking event, the percentage and degree of destruction is increasing manifolds. It's getting magnified due to the excessive loss of lives and property and poor assessment of the situation.

If a stampede that broke out because of false rumour at the Prabhadevi railway station in Mumbai, which killed at least 23 people then, what an earthquake or a cyclone can do is unimaginable!

It is impossible to curb the frequency of disasters but with proper initiative, pre-planning, accuracy in decision making through which the impact of a major disaster can be reduced.