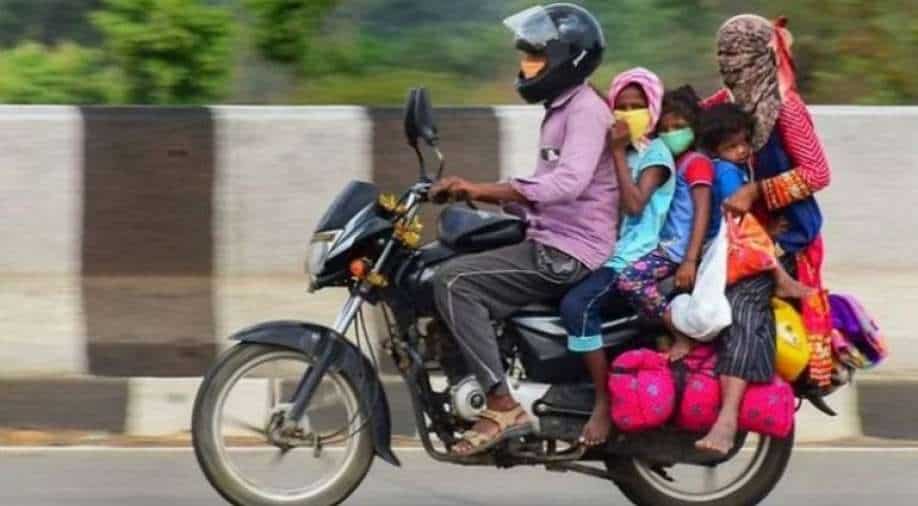 A year from now, a safety harness and helmet will be compulsory for all children under the age of four riding pillion on a two-wheeler.

New safety standards for two-wheelers carrying children aged nine months to four years have been announced by the Indian Ministry of Road Transport and Highways.

According to new laws, children must now wear a crash helmet and a safety harness.

The new guidelines also set a 40-kilometer-per-hour speed limit for two-wheelers with children as pillion passengers.

The Motor Vehicles Act has been revised to include these regulations, which will take effect in a year.

Both the rider and the pillion will wear safety belts, allowing kids to be safely tethered to the rider.

According to the new standards, safety harnesses must be lightweight, sturdy, and made of nylon, with a weight capacity of up to 30 kg.

While riding pillion, children will be obliged to wear standard two-wheeler or bicycle safety helmets.

The ministry recommended changing the motor vehicle rules in October 2021 to include new safety standards for two-wheelers carrying youngsters.