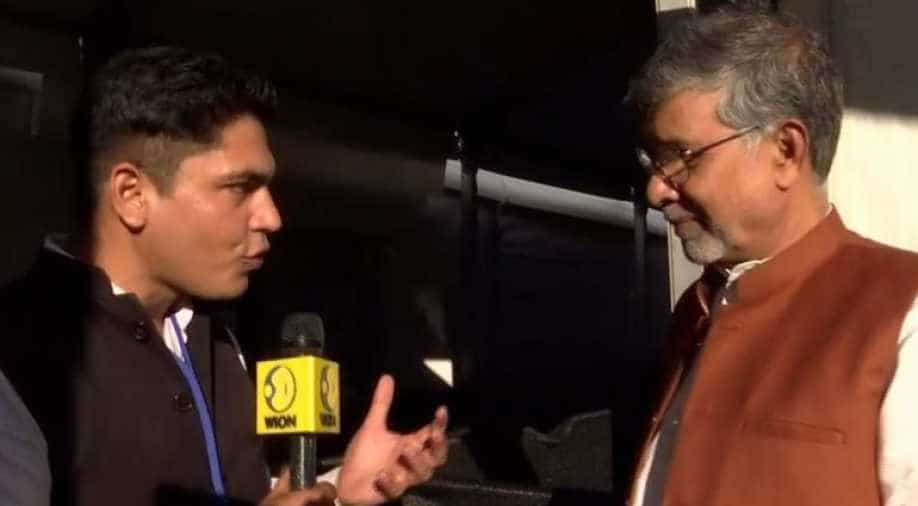 'Indians have started understanding the value of protection of the climate. We are extremely happy that the things are moving forward,' Satyarthi added.

In an exclusive conversation with WION, Nobel Peace Prize recipient and children's rights activist Kailash Satyarthi said that India is making headway and assuming leadership in the matter of climate change.

"Indians have started understanding the value of protection of the climate. We are extremely happy that the things are moving forward," he added.

"We have to reaffirm our commitment and investment in children so that we can put an end to child slavery, child trafficking, child labour and make sure that every child is safe, free and educated which requires a lot of political will," Satyarthi told WION.

The Nobel Peace Prize recipient said that the leaders of the world need to be "honest, bold, responsible and compassionate toward the children in the world".

Prime Minister Narendra Modi is currently on a week-long visit to the United States on the sidelines of United Nations General Assembly (UNGA).

His first engagement at the United Nations was at UN Climate Action Summit during which he called for a global movement to bring about change saying "time for talk is over, the world needs to act now".

"What is needed is a comprehensive approach that covers education, lifestyle, development strategy. We need global people's movement to bring about change," the prime minister told the UN climate change summit.

"We believe that an ounce of practice is worth more than a ton of preaching," PM Modi asserted.

Talking about India's climate change policies, PM Modi said, "Respect for nature is part of the tradition and need and not greed."