India evacuates 104 people, including members of Hindu and Sikh community, from Kabul 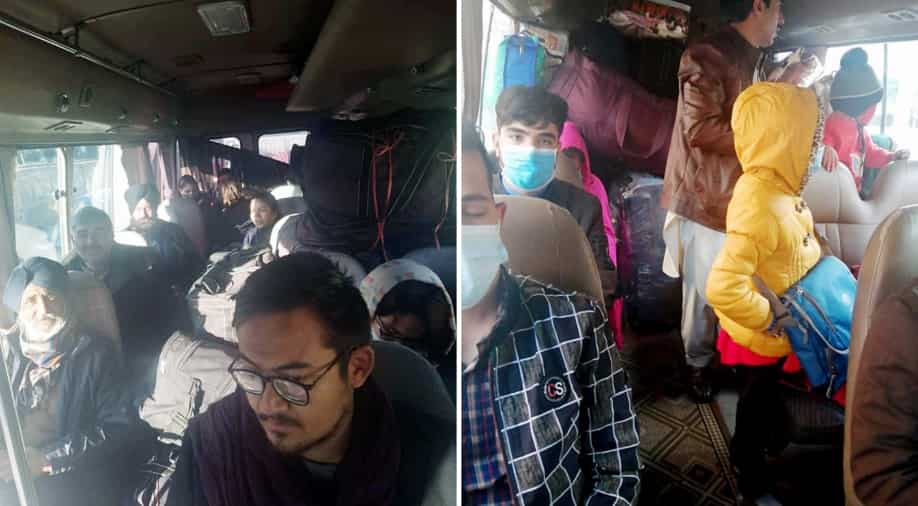 A special Kam Air flight was arranged by India to retrieve the evacuees, comprising 10 Indians and 94 Afghans including members of the Afghan Hindu-Sikh minority community, from Kabul

India evacuated 104 people, including 10 Indians and 94 Afghans, from Kabul under ‘Operation Devi Shakti’, the Ministry of External Affairs (MEA) said on Friday.

The MEA informed that a special Kam Air flight was arranged by India to retrieve the evacuees.

"Under Operation Devi Shakti, a special Kam Air flight arranged by India has arrived in New Delhi from Kabul,” Arindam Bagchi, spokesperson for the Ministry of External Affairs, said in a tweet.

“It has brought 10 Indians and 94 Afghans including members of the Afghan Hindu-Sikh minority community," Bagchi added.

Apart from that, holy scriptures of Hindus and Sikhs, including three copies of Guru Granth Sahib, copy of Ramayan, Mahabharat and Bhagvad Gita from ancient 5th Century Asamai Mandir in Kabul, were also flown in.

It is learnt that both the Indian government and the Afghan embassy in Delhi coordinated to arrange for the flight.

According to reports, the flight is likely to fly back over 90 Afghan nationals stranded in India along with some medical supplies.

Puneet Singh Chandhok, president of Indian World Forum, in a statement earlier, said it's a matter of pride that the "three holy Sri Guru Granth Sahib Ji from historical Gurdwaras in Afghanistan and Hindu religious scriptures, including Ramanaya, Mahabharat and Bhagavad Gita," from the fifth century Asamai Mandir in Kabul are being brought to Delhi.

Last week, the Government stated in Lok Sabha that India has evacuated 565 stranded persons from Afghanistan since after Taliban ousted the civilian government in mid-August.

Answering a question from Congress MP Hibi Eden, Minister of State for External Affairs V Muraleedharan said officials of the Ministry of External Affairs were in contact with the Indians left behind.

The statement, however, did not elaborate if the airlifted individuals also included some Afghans.