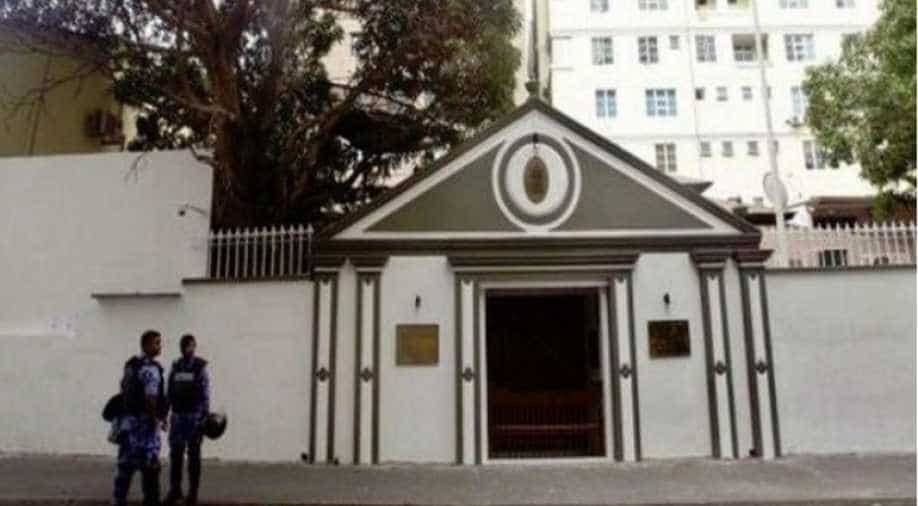 The contingent has taken charge in Iraq and the troops celebrated their first Republic Day and hoisted the tricolour in that country on January 26, official sources said.

India has deployed an elite contingent of its commando-trained armed paramilitary personnel to guard its embassy and diplomatic staff in Baghdad in Iraq, a war-ravaged country getting back to normal after defeating ISIS terrorists.

About 45 multi-skilled troops, drawn from the country's largest Central Armed Police Force (CAPF), the CRPF, have taken charge of the embassy complex located in the Al Mansour area of the Iraqi capital, some time ago.

The contingent has taken charge in Iraq and the troops celebrated their first Republic Day and hoisted the tricolour in that country on January 26, official sources said.

The squad is led by a Deputy Commandant-rank officer of the Central Reserve Police Force (CRPF) and this is the second foreign assignment for the paramilitary as it similarly guards the Indian Embassy in Libya's capital city of Tripoli for the last few years, they said.

India has, on February 4, revised its ''no travel'' advisory to Iraq and has said that citizens can now travel to the war and insurgency-ravaged country as the security situation has "improved".

The advisory, issued by the Ministry of External Affairs in New Delhi, allows Indians to travel to any part of the country for work or business except five provinces of Nineveh (capital Mosul), Salahuddin (capital Tikrit), Diyala (capital Baquba), Anbar (capital Ramadi) and Kirkuk.

It added that travellers should inform Indian authorities at the Baghdad Embassy or the Consulate General in Erbil before they travel to Iraq.

While there has been no targeted hit at the Indian mission in Baghdad, the city has witnessed suicide attacks and bombings by the ISIS terrorists since 2003 when the terrorists captured large parts of the country and neighbouring Syria to establish a self-styled Islamic caliphate.

Iraqi forces, backed by the US, got hold of their areas in late 2017 after numerous gun battles and deaths.

The CRPF commando contingent has been armed with some of the best and sophisticated weapons such as AK-series assault rifles, Glock pistols and other equipment required for an armoured counter-terror shield, they said.

The squad had a good mix of combat-skilled drivers, quick reaction teams, personal security officers, hostage rescue specialists and improvised explosive device (IED) experts who can not only secure the complex but also guard diplomats who venture out, they said.

The commandos have been picked from the highly motivated and disciplined units of the force that have worked in the anti-Naxal operations theatre and the force's special jungle warfare squad, CoBRA (Commando Battalion for Resolute Action).

The over 3 lakh personnel strong CRPF is the country's lead internal security force that is tasked with combating the Left Wing Extremism and counter-terrorism in Jammu and Kashmir.

While the Indian Embassy in Afghanistan is guarded by the Indo-Tibetan Border Police (ITBP), those in Nepal and Colombo have the Central Industrial Security Force (CISF) and Border Security Force (BSF) contingents respectively.