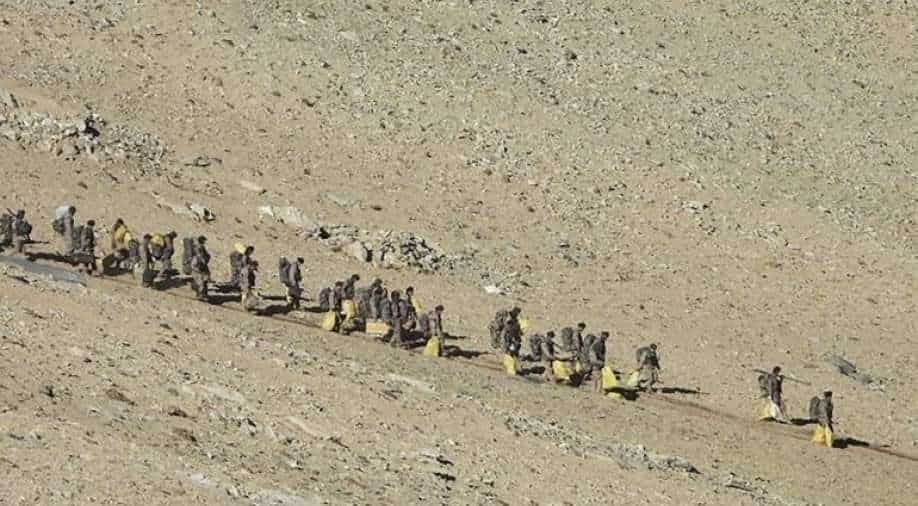 First time since the clash with India in June last year, China has revealed that four soldiers had died during the border clash in Galwan Valley with Indian troops in eastern Ladakh.

The Global Times report said five PLA soldiers were "honoured for their sacrifice" by China with four killed in the Galwan Valley clash in Ladakh with the Indian Army.

“Five Chinese frontier officers and soldiers stationed in the Karakorum Mountains have been recognised by the Central Military Commission of China for their contributions in the border confrontation with India, which occurred in the Galwan Valley in June 2020,” Global Times quoted the PLA Daily as saying.

Twenty Indian soldiers had died in action during the June 15-16 clash in eastern Ladakh which led to escalated tensions between India and China with both countries ramping up troops.

As tensions mounted, Chinese troops fired at Indian positions for the first time as both countries moved troops and heavy armour along the Line of Actual Control(LAC).

The nine-month standoff came to an end after China announced it was pulling out troops from the border in eastern Ladakh earlier this month which was backed by India's defence minister Rajnath Singh in Parliament who confirmed the troop withdrawal.

China and India have begun to pull back troops, tanks and other equipment from the banks of Pangong Tso, a glacial lake in the Ladakh region which had become a flashpoint in the prolonged border dispute with complete disengagement at Pangong expected to be completed by the end of this week.

As a part of the agreement, the Chinese forces will move east of Finger 8 of the north bank of the lake while India will base its troops at the permanent base Dhan Singh Thapa post.