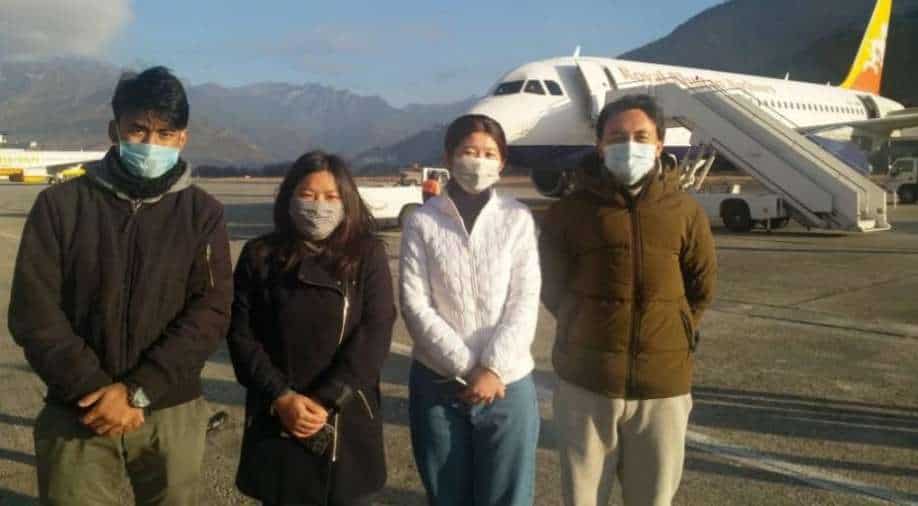 The satellite will be used to map the country's natural resources and for disaster management. An India Bhutan Joint working group is implementing the project.These engineers are from Bhutan's department of information technology and telecom which comes under Ministry of Information and communication.

The Indian Space Research Organization or ISRO has started phase one of the training of 4 Bhutanese engineers. The engineers are being trained under a joint India and Bhutan project to develop a satellite for Bhutan.

Phase one of the training will take place at ISRO's UR Rao Satellite center (URSC) from 28th December 2020 to 25th February 2021 and will involve theoretical and technical aspects. It will also involve visits to labs and test facilities. The 2nd phase of training will focus on developing the satellite for Bhutan--INS-2B.

The satellite will be used to map the country's natural resources and for disaster management. An India Bhutan Joint working group is implementing the project.These engineers are from Bhutan's department of information technology and telecom which comes under Ministry of Information and communication.

A release by the Indian mission in Bhutan said, "Cooperation in new frontiers such as space technology has been given an impetus by the leadership of the countries and will be bolstered further through the joint development of the small satellite for Bhutan."

Last month, during a virtual meet between both the Indian and Bhutanese PM, India announced that the small satellite will be launched in 2021 and for that as part of capacity building, ISRO will train 4 Bhutanese engineers.

Announcing the development at the launch of phase 2 of RuPay card in the country virtually, Indian Prime Minister Narendra Modi said," I am happy to tell you, next year ISRO is planning to send a Bhutanese satellite to outer space next year and work is going on in full pace. For this 4 Bhutanese space, engineers will be trained in India from December by ISRO. I congratulate these Bhutanese nationals. "

The project was first announced during PM Modi's Bhutan visit in August 2019. During that visit, a ground Earth station for South Asia Satellite was inaugurated in Thimphu.

India led south Asia satellite project was launched in 2017. Afghanistan, Nepal, Bhutan, Bangladesh, Sri Lanka, and the Maldives are part of the project. New Delhi has offered to increase the bandwidth on an additional transponder on the satellite "as per Bhutan's requirements" and "as a gift".