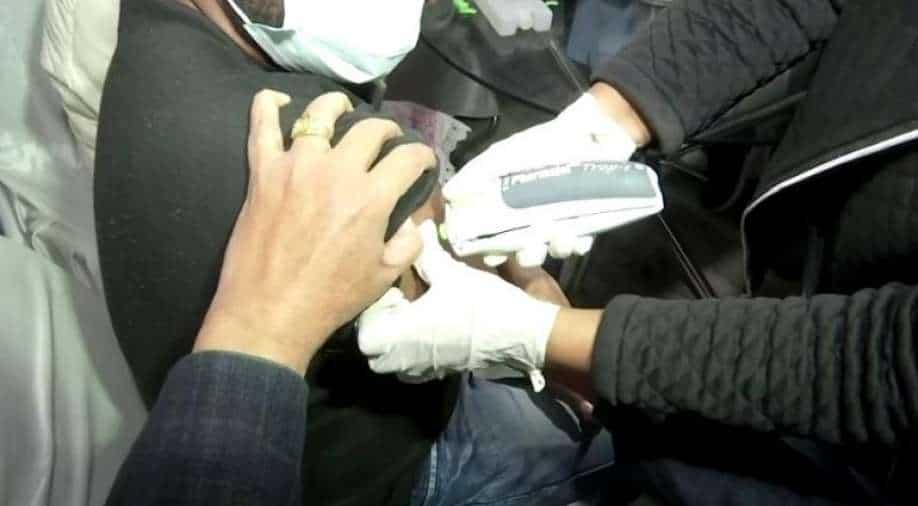 In this picture, an Indian man can be seen getting inoculated by the world’s first COVID-19 DNA vaccine Photograph:( ANI )

India on Saturday became the first country in the world to administer DNA vaccine against COVID-19.

The national COVID-19 recovery rate has improved to 95.64 per cent, according to Union health ministry data.

Three doses will be given at intervals of 28 days and 56 days. This program has been started at 3 vaccination centers. It is good for people who are afraid of needles: Civil surgeon Dr Vibha Singh (04.03) pic.twitter.com/bJ9JlidrZh

The Drugs Controller General of India has given its permission for the vaccination to be given to children aged 12 to 17.

Unlike most COVID-19 vaccines, which need two doses or even a single dose, ZyCoV-D is administered in three doses with a gap of 28 and 56 days from the first dose respectively.

Zydus Cadila's vaccine, developed in partnership with the Department of Biotechnology, is the second home-grown shot to get emergency authorisation in India after Bharat Biotech's Covaxin.

According to health ministry officials, over 93 per cent of the adult population have received at least one dose while over 69.8 per cent have been fully vaccinated.

"As a result of the country's solidarity and Prime Minister Narendra Modi ji's commitment during the Corona crisis that the country not only manufactured a vaccine but also inoculated a large part of the population in a very short time. This one year of vaccination campaign shows India's resolve," said Union Health Minister Mansukh Mandaviya.

With health workers going door-to-door to administer shots, Indian officials are carrying out a vaccination drive in remote parts of the country.