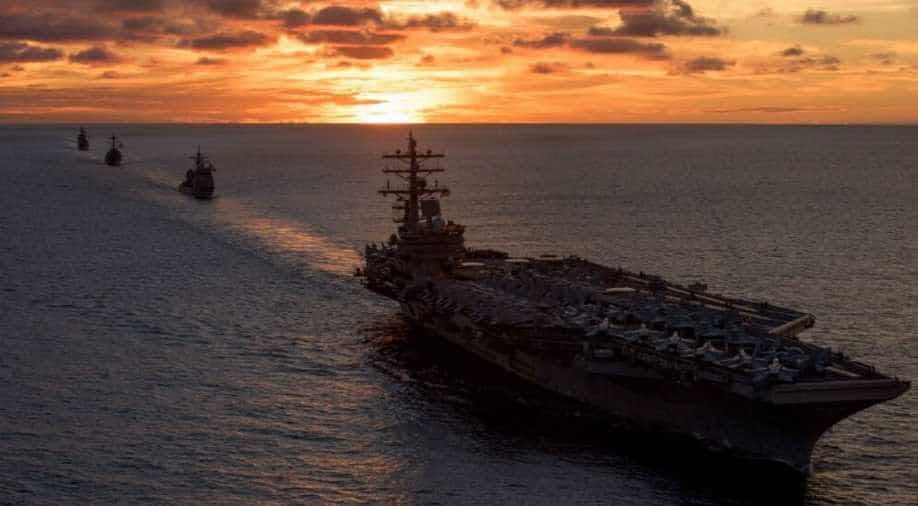 Indo-Pacific at the centre of geopolitics Photograph:( AFP )

Describing the ties at 'historic highs', Australian High Commissioner said it is 'crucial for like-minded democracies to work together'

Ahead of the first virtual summit between Indian Prime Minister Narendra Modi and Australian PM Scott Morrison on June 4, the Australian High Commissioner Barry O’Farrell has said India and Australia have obligations to keep the Indo-Pacific region "open and free" and "might is not right policies" as pursued by some countries is not acceptable.

Responding to a question on increased Chinese belligerence from Taiwan to India along the Line of Actual Control (LAC) in eastern Ladakh, the Australian High Commissioner said,"We share democracies, the great game of cricket and believe in Indo-Pacific region, that the region should be free, open. As two great powers, we have obligations that we promoting free, open Indo-Pacific and not might is right polices."

Asked about the India-China stand-off, the Australian High Commissioner said it is for "India and China to resolve bilaterally and not for Australia or any country to comment on."

Describing the ties at "historic highs", Australian High Commissioner said it is "crucial for like-minded democracies to work together".

Australian PM was to visit India in January this year, but could not due to the devastating bush fires in the country.

While no time has been given on how long the virtual summit will continue, the High Commissioner lauded PM Modi for using "technology for diplomacy like TCS and Wipro have used for business and taking it to a new level". He said, "Modi hug" will be missed at the virtual summit.

Issues that are expected to be raised in the virtual summit include defence, including Mutual Logistics Support arrangement, maritime issues in Indo-Pacific and working together on COVID-19 crisis.

He backed India's request to reform the United Nations Security Council (UNSC) and US President Trump calling for New Delhi and Canberra to be part of the G7 summit this year, since "International institutions must meet the demand of the present world"

Both countries are also working together at the Financial Action Task Force (FATF), Barry O’Farrell said, "We support India's position and continue to decry to those who give financial support to terror".

Reiterating Australia's stance on Hong Kong and the South China Sea, the envoy said "Hong Kong citizens are legitimately concerned and new law being imposed on them" with Canberra concerned over the use of "maritime militias" in the region