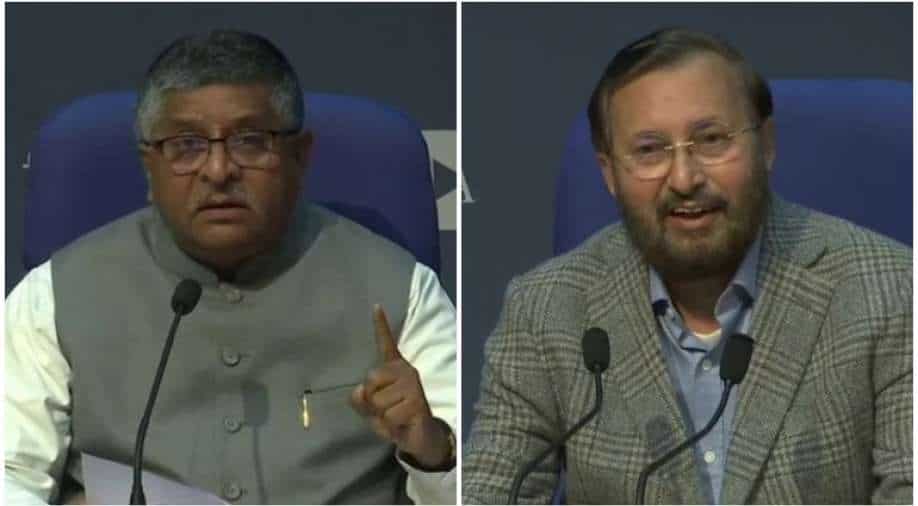 Indian government on Thursday announced new guidelines aimed at curbing misuse of social media and covered OTT platforms. The prominent feature of these guidelines was government's direction to platforms to appoint grievance mechanisms and for them to disclose first originator of mischievous information. The rules also asked the platforms to remove content depicting nudity or morphed pictures of women after receiving complaints and following procedures set up by the grievance redressal mechanism.

The rules were laid out in a press conference addressed by Information and Broadcasting Minister Prakash Javadekar and Electronics and Information Technology Minister Ravi Shankar Prasad.

Both the ministers said that the guidelines were prepared after widespread consultations.

As per the new rules, social media intermediaries have to appoint a grievance officer, who shall register complaints in 24 hours. The grievance redressal official must be resident in India, and monthly compliance reports will have to be filed by social media platforms.

Social media platforms on being asked by court or government will be required to disclose the first originator of the mischievous information.

Significant social media intermediaries will have to appoint a chief compliance officer in India. In addition to this, the platform will be required to have nodal contact person-resident in India-for coordination with law enforcement agencies, and have resident grievance officer for grievance redressal

"If there are complaints against dignity of users, particularly women - expose private parts of individuals or nudity or sexual act or impersonation etc - you'll be required to remove that within 24 hrs after complaint made. This is designed to respect dignity of women," said Ravi Shankar Prasad

"The laws made for significant social media will be implemented within 3 months so that they can improve their mechanism. The rest will come into effect from the day the rules are notified," he said.

During his address, Prasad said that every social media platform was "welcome" in India but added that there should not be "double standards"

"...If attack takes place on Capitol Hill, then social media supports police action but if there's aggressive attack on Red Fort, then you've double standards. This is plainly not acceptable," he said.

"We have decided to have a 3-stair mechanism for OTT platforms. OTT and digital news media will have to disclose their details. We are not mandating registration, we are seeking information," he said

"There should be a grievance redressal system in OTT platforms and digital portals. OTT platforms will have to have a self-regulating body, headed by retired Supreme Court or High Court judge or very eminent person in this category"

"For OTT, there should be self-classification of content -- 13+, 16+ and A categories. There has to be a mechanism of parental lock and ensuring compliance that children don't see that," he said.

(With inputs from ANI and PTI)