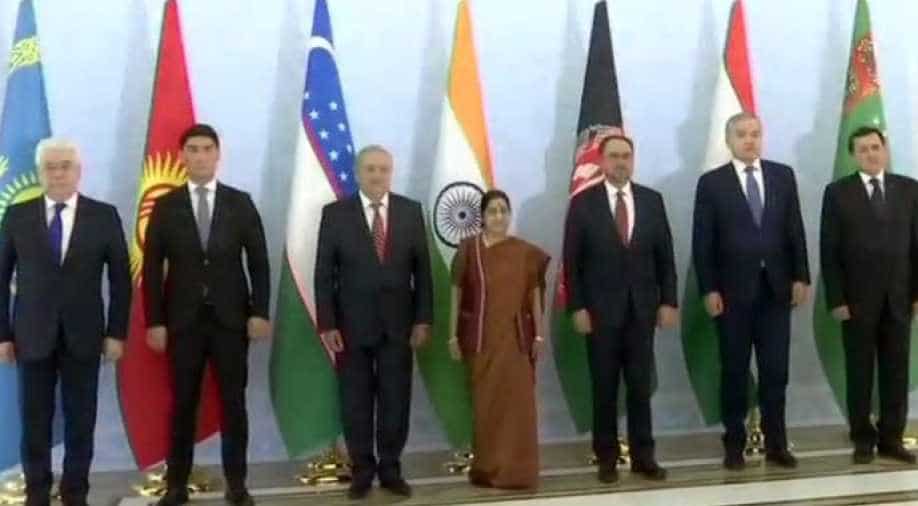 India and five Central Asian countries along with Afghanistan on Sunday condemned terrorism in all its forms and manifestations and agreed to cooperate in countering the menace which poses a threat to people across the world.

This was part of a joint statement issued at the end of the first ever meeting of the India-Central Asia Dialogue which also saw the participation of Afghanistan at the ministerial level in Samarkand.

"All sides condemned terrorism in all its forms and manifestations and agreed to cooperate in countering terrorism which posed a threat to the people and economies of the world," the statement said.

It referred to the ancient civilisational, cultural, trade, and people-to-people links between India and Central Asia and expressed commitment to dynamic and fruitful friendly relations and mutually beneficial cooperation between India and the Central Asian countries at bilateral and multilateral formats.

"The countries reaffirmed their willingness for cooperation, mutual support, joint solution on relevant issues in order to ensure security, stability and sustainable development," the statement said.

The ministers welcomed the participation of Afghanistan in the India-Central Asia Dialogue as an important land link in the regional cooperation, the transit of goods and energy and expressed support and commitment of Central Asian countries and India to peace, security and stability of Afghanistan.

They also called for an inclusive Afghan-led and Afghan-owned peace process and reconciliation, and assistance in the economic reconstruction of Afghanistan through the implementation of joint infrastructure, transit and transport, energy projects including regional cooperation and investment projects, the statement said.

The ministers noted the importance of sustainable economic growth in Afghanistan by attracting Afghan women to participate in the public life of the country and welcomed the successful holding of forums and conferences on this issue in the countries of Central Asia.

They also noted the results of the seventh Regional Economic Cooperation Conference on Afghanistan (RECCA VII), held in Ashgabat in November 2017 and expressed willingness to cooperate in preparation for the RECCA VIII meet in Tashkent in the second half of 2019.

The participants welcomed the accession of India into the Ashgabat agreement on creating an international transport and transit corridor.

The ministers emphasised the importance of developing and implementing projects, that provide a concerted solution to the problems and issues of economic growth of the countries of Central Asia based on the principles of equality, mutual benefit and respect for their interests.

The statement said the nations expressed their intention to strengthen cooperation in order to create real opportunities for expanding economic cooperation and ensuring favourable conditions for mutual free trade.

They also highlighted the importance of concerted efforts to improve the investment climate and the market attractiveness of the region's economy, business opportunities of the Central Asian countries on the world stage.

The statement said special attention was paid to the need to expand and establish direct mutually beneficial economic and cultural ties between the regions and cities of India and the countries of Central Asia and expressed their intention to contribute to this direction.