As Maharashtra comes to standstill, Congress demands statement from PM on Bhima-Koregaon violence 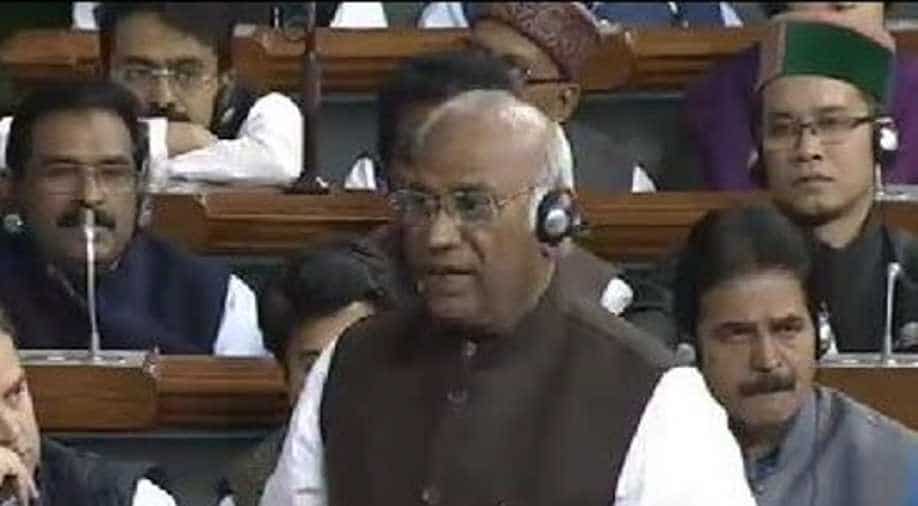 'Who instigated and interfered in this event?' Kharge asked in the Lok Sabha.?He then answered the questions himself. Photograph:( ANI )

Congress leader Mallikarjun Kharge brought up the Maharashtra caste violence that had broken out on Monday in Bhima-Koregaon near Pune. One person had died in the clashes.

Kharge added that Prime Minister Modi would have to speak on the issue. He is a "mauni baba on such issues," Kharge said.

"Who instigated and interfered in this event?" Kharge asked in the Lok Sabha.

Kharge also asked for a Supreme Court judge to be appointed to look into the matter.

Bhima-Koregaon is where the last of the three Anglo-Maratha wars was fought on January 1, 1818.

The English, who had beaten the Peshwas in the war, had had a large number of Dalit soldiers in their army.

It was BR Ambedkar who had first referred to the war, and the beating of the Peshwa Brahmins, as an example of caste assertion by the Dalits.

The Dalits have ever since commemorated the anniversary of what they see as their "victory" in the last of the Anglo-Maratha wars.

The commemoration of the anniversary this year was reportedly opposed by Hindu groups.

The violence had broken out thereafter.