'I place the 2G verdict on your feet', A Raja says in emotional letter to Karunanidhi 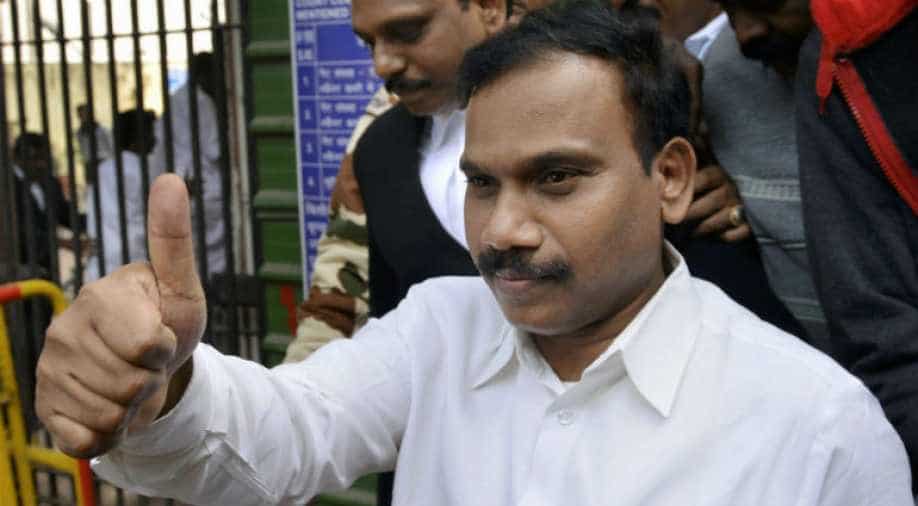 A day after being acquitted by the special court in the 2G scam, former telecom minister and DMK leader A Raja on Friday wrote an emotional letter to his party chief M Karunanidhi.

"I place the 2G verdict on your feet with gratitude. I'm waiting to hear your words," Raja said in the letter. He also alleged that the spectrum attack has tainted the DMK's ideological movement and questioned, "Who will punish those who tainted your 80 year public life?"

Reiterating that his actions brought a "revolution" in the telecom sector, Raja further said that as a minister in the UPA government, which was in power at the Centre when the spectrum scam happened, he gave 59 crore mobile connections against the 60 crore target set before 2012. "A shame that even UPA govt couldn't realise it was trapped in the plot to bring it down," Raja said in his letter.

The spectrum cartel was broken to pave way for the WhatsApp, Facebook and Twitter revolution, he alleged.

Special court judge OP Saini, while pronouncing the verdict on Thursday, acquitted all the 17 accused including A Raja and Karunanidhi's daughter Kanimozhi. The judge noted that the prosecution has "miserably failed to prove any charge."

Shortly after the verdict was announced, Raja said that his faith in the nations' justice was validated.

"My firm belief in the rightfulness of my actions as well as my faith in our nation's justice system has been validated today," he said.

He said he had felt vindicated all along the case and added that results of his actions had benefitted the people.

Raja also said that the matter was all cooked up. He claimed that the judge acquitted him because the prosecution case was false.

Raja, surrounded by family, had wept in court after the verdict.