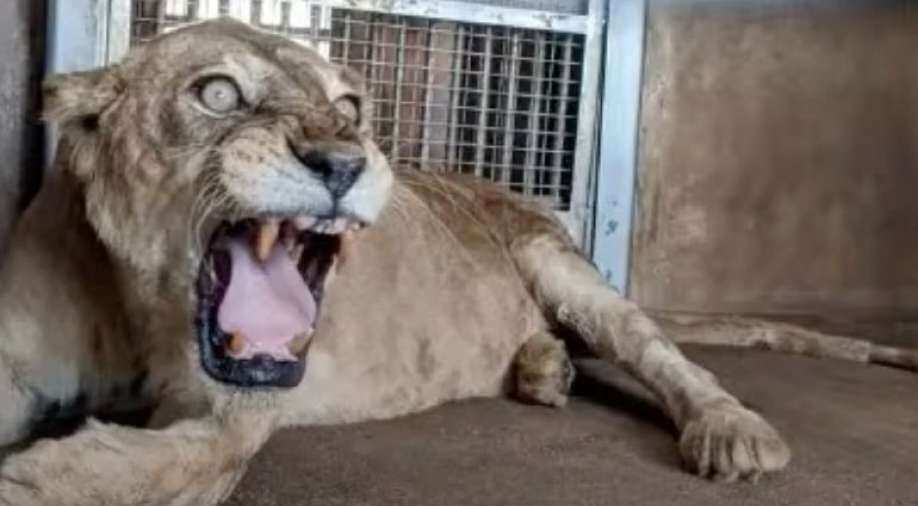 According to the Deputy Director of Arignar Anna Zoological Park (AAZP), all 13 lions tested negative for COVID-19 on July 23rd. The Zoo near the Southern Indian metropolis of Chennai had housed 15 Asiatic lions, of which ten had tested COVID-19 positive. Two lions (a lion and a lioness) had also succumbed to the virus earlier.

Amid the pandemic, we’ve read harrowing accounts of heroic doctors and frontline workers who toiled to save the lives of COVID-19 patients, but what if your patients aren’t obedient homo sapiens? In this case, the patients are Alpha Predators, the kings of the jungle-Majestic Asiatic Lions.

On the occasion of World Lion Day (August 10th), veterinarians and officials from the Arignar Anna Zoological Park, commonly known as Vandalur Zoo (Chennai), recalled their experience of dealing with 15 lions that were affected by the Delta COVID-19 variant.

For the Zoo vets, a team of eight members, it was a case of ‘reverse spillover’ when they noticed a few lions showing COVID-19 symptoms. It meant that the SARS CoV-2 virus (that causes COVID-19), which is said to have originated from bats (in Wuhan, China) and affected humans, had now spread back to members of the animal kingdom. It was not new. Lions at the Bronx Zoo in New York, and at Indian Zoos in Etawah, Jaipur, and Hyderabad too had tested COVID-19 positive, but now trouble had hit home and hit hard. 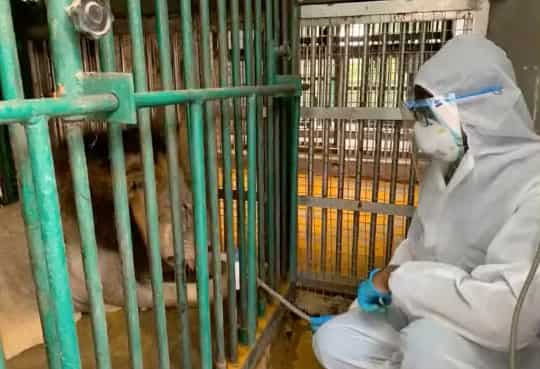 On May 25, five lions in the Safari area of the zoo started showing classic symptoms-coughing, wheezing and a loss of appetite. While their test results were awaited from various labs across India, a female lion (apart from the five that showed symptoms) succumbed to the virus on June 3. The test results that arrived painted a bleak picture-10 of the 15 lions at the Zoo were positive and five were negative. Interestingly, of the 10 positive lions, eight were in the Safari area and two were in the exhibit area, apart by almost 2 kms. Zoo officials suspect that the source of infection was different from each set of lions, as no other big cats or animals nearby had tested positive. 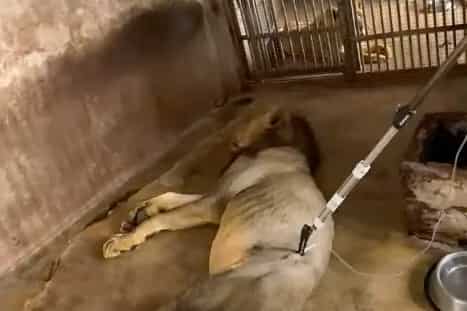 However, four lions were in critical condition and faced breathing issues and refused to feed(on meat) for 5-7 days.

"We immediately started providing nebulization and high-flow oxygen, fluid therapy (intravenous fluids) and drugs. But the biggest challenge here is that their cooperation in getting treated is a very dicey affair, "the vet says half-jokingly. 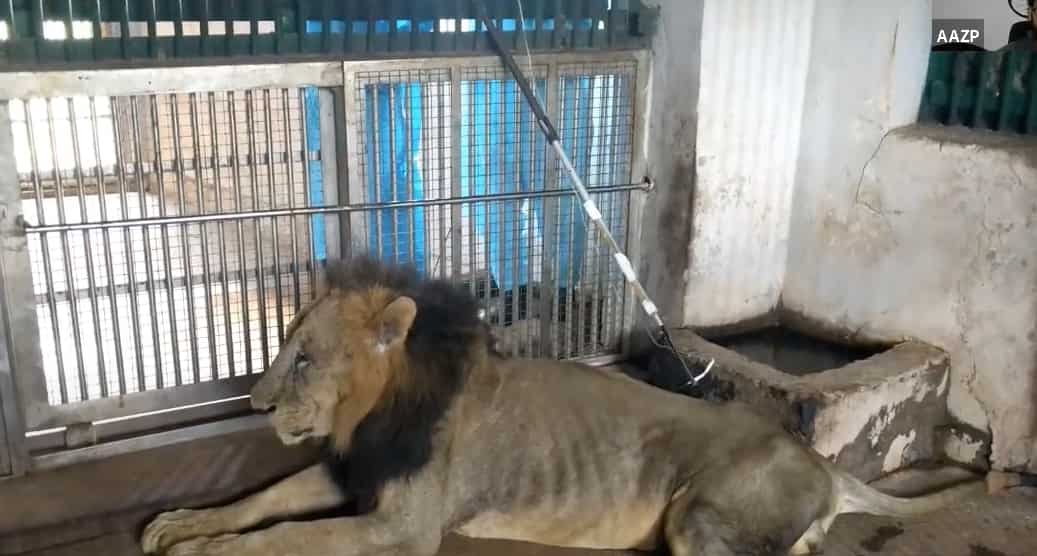 The most common question is - how is all of this intrusive treatment done on a predator that can kill with one strike ?

The oxygen tubes were tied to the tail and the gathered (as used for human babies) was inserted. Sometimes, a caretaker had to sit near the cage to hold the tail in place for the treatment to proceed. Special gun darts were used for administering injections when animals refused to come close.

When the animals refused to eat, the caretakers experimented with a platter diet of chicken, beef, mutton, and rabbit meat and soups. While it took 2-3 weeks for the animals to slowly get back to normal, they still showed signs of sickness, such as recurring fever, cough etc. The lions had also gotten sick of being injected and monitored, which made them aggressive. Eventually, it took about 50 days for the predators to get back to their usual glory and feed as usual.

According to the Deputy Director of Arignar Anna Zoological Park (AAZP), all 13 lions tested negative for COVID-19 on July 23rd. The Zoo near the Southern Indian metropolis of Chennai had housed 15 Asiatic lions, of which ten had tested COVID-19 positive. Two lions (a lion and a lioness) had also succumbed to the virus earlier.

WION had earlier reported that four lion samples from this zoo had tested positive for the ‘Delta variant’ of COVID-19. This was based on the genome sequencing results shared by NIHSAD Bhopal. As per the World Health Organization (WHO), this variant showed higher transmissibility and reduced neutralization (by antibodies). This variant was first said to have been detected in India in late 2020. Variants of the SARS-CoV-2 (infection) have been emerging and circulating around the world throughout the COVID-19 pandemic.

While the mystery over how the captive big cats got infected with the deadly virus remains unsolved, experts and vets advising the Zoo suspect human-animal (man to single lion) transmission followed by animal-animal (lion to multiple lions) transmission. Based on a discussion between experts, the transmission from man-animal seems to have happened, despite animal keepers and feeders having worn PPE suits and following precautions.