Honoured to be Wayanad MP, Thank you Kerala: Rahul Gandhi 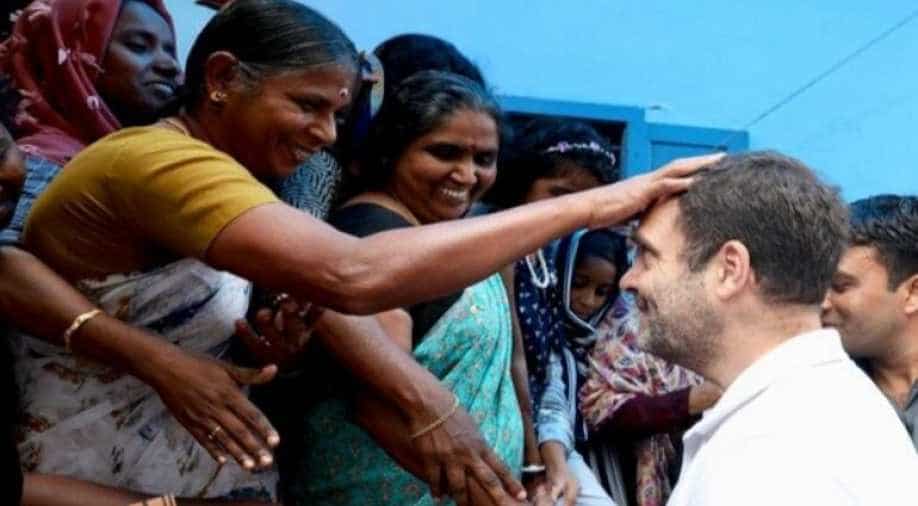 The Congress leader also apprised Prime Minister Narendra Modi about the flood situation and sought the Centre's support to deal with the situations.

Congress leader Rahul Gandhi on Tuesday expressed honour and pleasure to people of his Lok Sabha constituency for displaying 'bravery and dignity' when Kerala is facing the wrath of nature.

Gandhi, who was on a two-day visit to the state affected by torrential rainfall, floods and landslides, tweeted, "I left Wayanad with nothing but pride for the people I represent. The display of bravery and dignity in the face of immense tragedy is truly humbling. It is such an honour and pleasure to be your MP. Thank you Kerala."

During his two-day visit in the district, Gandhi took stock of areas affected by the deluge.

He also asked the District Collector to expedite efforts to recover the bodies of those missing in the landslide in Puthumala.

The Congress leader also apprised Prime Minister Narendra Modi about the flood situation and sought the Centre's support to deal with the situations.

Eighty-eight people have died across 14 districts of flood-battered Kerala while 40 are missing, authorities said on Tuesday.

As per official data recorded till 9 am today, 34 people have sustained injuries in the natural calamity.

Torrential rains over the last few days in the state have led to many deaths and caused landslides in some districts.

Malappuram is the worst hit with the highest death toll of 29. As many as 1,332 relief camps are currently operational in the state.

The India Meteorological Department (IMD) has predicted 'cloudy sky with a few spells of rain or thundershowers' for the next five days in the state.
Heavy rainfall has wreaked havoc in several areas across the state in past few days with daily lives of residents taking a hit.