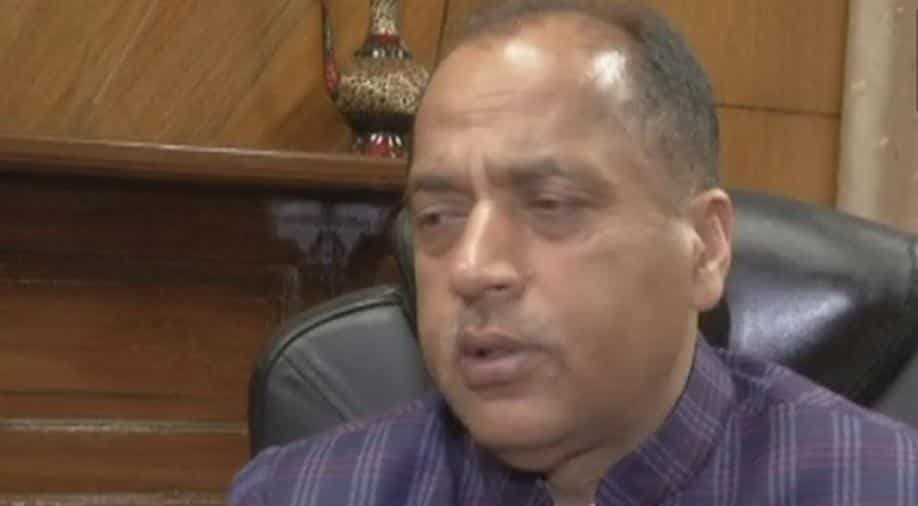 Jai Ram Thakur had earlier said that while he respected art, he did not want people's sentiments to get hurt. Photograph:( ANI )

After ambiguous statements about the release of the film "Padmavat", Himachal Pradesh chief minister Jai Ram Thakur said on Saturday that his government does not intend to ban the film in the state if there is nothing controversial.

"I had said earlier that I respect art. As far as 'Padmavat' is concerned, Himachal government doesn't intend to ban it in the state. If there's nothing controversial in it, we have no objection in releasing it here. I want the film to be screened in theaters," the Himachal Pradesh chief minister said.

Asked about the film's release on January 9, Jai Ram Thakur had said that while he respected art, he did not want people's sentiments to get hurt.

"I don't want to say much. We will discuss what to do. The film, indeed, is a controversial one. I respect art but when it comes to people's sentiments getting hurt, it must be thought about and discussed," the Himachal Pradesh chief minister had said.

"Padmavat", which was was recently given a U/A certificate from the Central Board of Film Certification after months of controversy, is up for release on January 25.

Rajasthan has banned the screening of the controversial film.Other states, including Madhya Pradesh, Uttar Pradesh and Haryana, which had indicated that the film will not be allowed to be released in November -- are yet to announce their final decisions.

The film was earlier scheduled to release on December 1, 2017 but was postponed after protests by Rajput fringe groups and the BJP and after the Central Board of Film Certification said the filmmakers had not provided all the information they had been asked for.