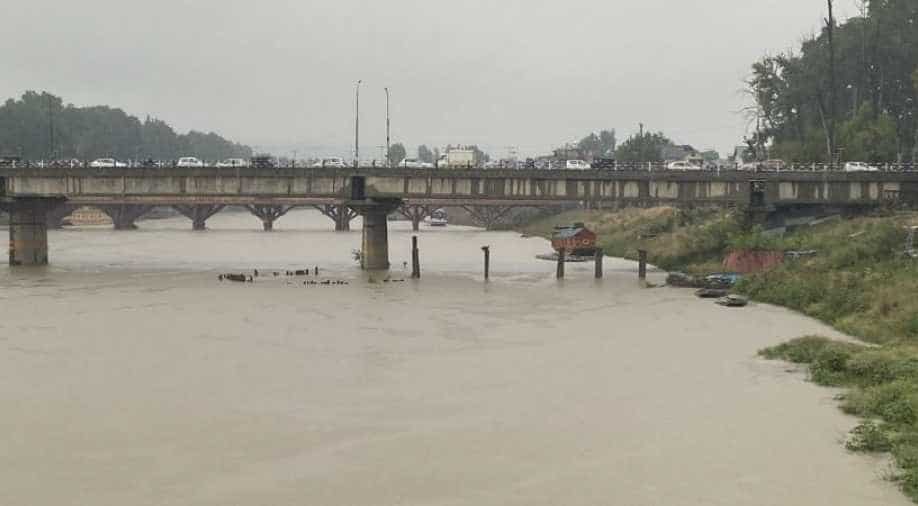 Alert has been sounded in Reasi, Udhampur due to uninterrupted heavy rains. Photograph:( WION )

Authorities have put men and machinery on high alert and are continuously monitoring the situation.

Heavy rains have lashed Jammu and Kashmir as MeT has predicted more rains in the next 24 hours. At least four people have died in Jammu region due to rainfall which triggered landslides and flash floods, while dozens of livestock perished in Sangiote village near Balakote in the Poonch district area.

Authorities have put men and machinery on high alert and are continuously monitoring the situation.

Meteorological Department has issued advisories of flash floods and landslides in the upper reaches of Jammu & Kashmir while they national highway connecting the valley to the rest of India remains closed.

The India Air force yesterday saved a life by its timely rescuing a person in rain-battered Naushera in Rajouri district of Jammu and Kashmir.

Alert has been sounded in Reasi, Udhampur due to uninterrupted heavy rains & police have issued numbers while serval people have been rescued from the affected areas.

On Tuesday, three persons, including a woman, were killed in a landslide due to heavy rainfall in Reasi district while a man was killed due to landslide in Rajouri district of Jammu region yesterday.