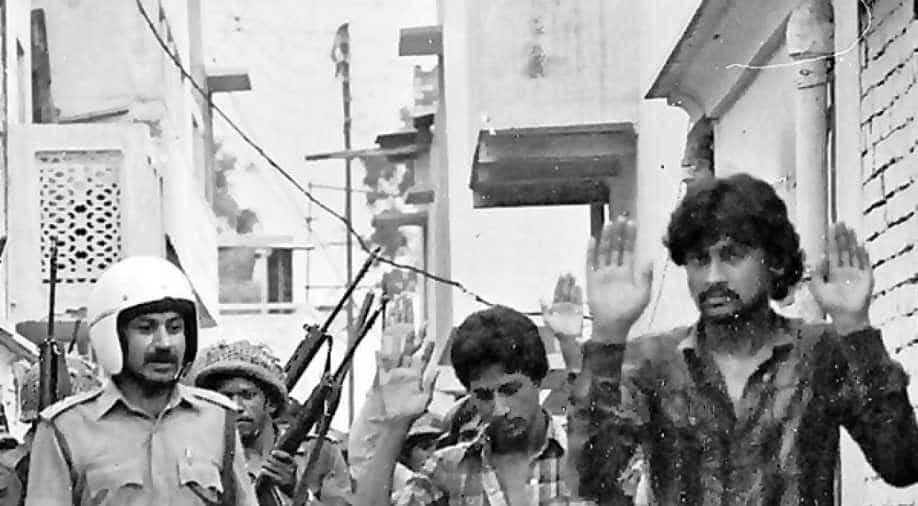 The Delhi High Court in October awarded life imprisonment to 16 former PAC personnel for killing around 42 people of a minority community during a riot in Hashimpura district in Uttar Pradesh.

Four former Provincial Armed Constabulary (PAC) personnel out of 16 who were convicted in the Hashimpura massacre case surrendered before the Tis Hazari court on Thursday.

The Delhi High Court in October awarded life imprisonment to 16 former PAC personnel for killing around 42 people of a minority community during a riot in Hashimpura district in Uttar Pradesh.

The court had given them time till today to surrender. The bench had observed that it was a targeted killing by the security personnel.

The court overturned the judgement of the trial court which had acquitted all accused.

1987 Hashimpura mass murders case: Four out of 15 jawans of Uttar Pradesh Provincial Armed Constabulary (UPPAC) have surrendered before Delhi's Tis Hazari Court. The four will be sent to Tihar jail. The Court has issued non-bailable warrant against rest of the jawans. pic.twitter.com/iiCXSiTTov

A major turnaround, however, came when 78-year-old Ranvir Singh Vishnoi, who was posted at the police line during the massacre, produced a police general diary as additional evidence after the case was reopened in the Delhi High Court on the National Human Rights Commission`s (NHRC) appeal.

As per the details of the general diary, information of PAC jawans, weapons and bullets were sent to the PAC at Pillokhari police post on May 22, 1987 at 7.50 pm.