Half of India's population may have had COVID-19 by February 2021: Government panel 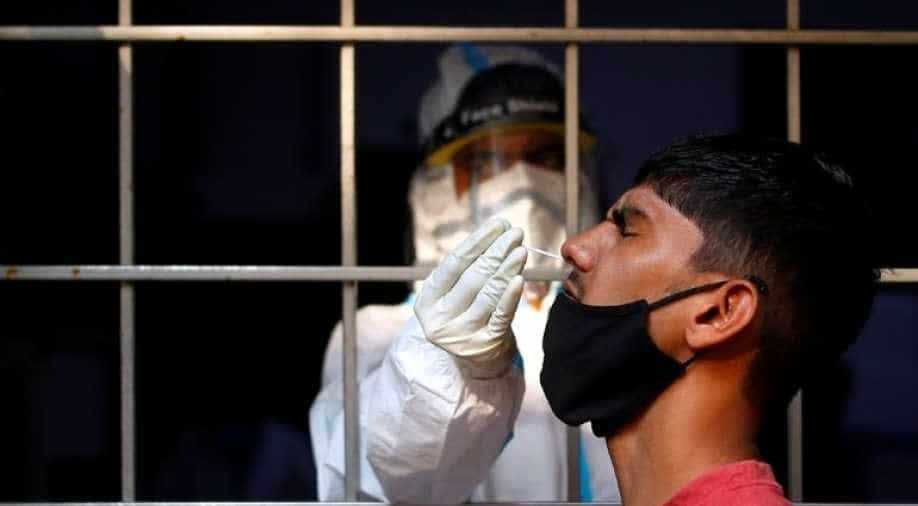 A man reacts as a healthcare worker collects a swab sample amidst the spread of the coronavirus disease at a testing centre, in New Delhi, India Photograph:( Reuters )

Out of 1.3 billion people in India, half are likely to have been infected by COVID-19 by February 2021, according to the government committee which provides projections

Out of 1.3 billion people in India, half are likely to have been infected by COVID-19 by February 2021, according to the government committee which provides projections.

Indian Institute for Technology’s Manindra Agrawal, who is a member of the committee, on Monday told Reuters that this would slow down the spread of COVID-19.

As of Monday, India has reported 7.55 million cases of COVID-19, and is only behind the United States in terms of the total infections.

After a peak in mid-September, the number of cases seem to be dropping the country. Currently, over 61,000 new cases are reported each day on an average.

"Our mathematical model estimates that around 30% of the population is currently infected and it could go up to 50% by February," Manindra Agrawal told Reuters.

The central government’s zero survey claimed that around 14 per cent of the Indian population had been infected with COVID-19 until September.

According to Agrawal, serological surveys may not be the right measure of cases due to the size of the population which they are surveying.

This is why the committee of virologists, a 10-member government appointed panel conducted a study titled “Progression of the COVID-19 Pandemic in India: Prognosis and Lockdown Impacts” which used mathematical models instead of relying on a survey.

Their model takes into account the considerable number of unreported infections.

"We have evolved a new model which explicitly takes into account unreported cases, so we can divide infected people into two categories – reported cases and infections that do not get reported," Agrawal said.

Besides this, the committee warned that these projections could be surpassed if precautions against COVID-19 are not followed, including basic hand wash and hygiene.

According to their estimates, cases could rise by 2.6 million infections in one month if social distancing measures and facial masks are ignored.