Getting rid of malnutrition crucial to build New India by 2022: NITI Aayog Vice-Chairman 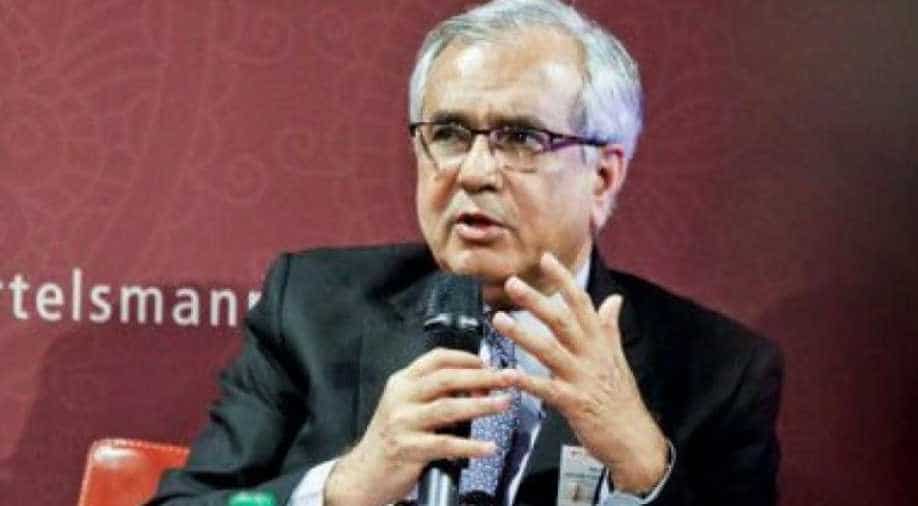 Making the country malnutrition-free would be the bedrock of any achievement towards a New India by the year 2022, NITI Aayog Vice-Chairman Rajiv Kumar said here today.

"As many as 38.4 per cent of our children are born stunted or suffering from malnutrition. It's a blemish, a stain on our national record that we cannot afford to live with," he said while delivering a presentation on New India @2022, at the inauguration of the two-day conference of district Collectors.

He said that removing malnutrition is a pre-requisite for building a knowledge economy.

"If we do nothing else by 2022 and achieve only this...We would have done our country proud and a great service," Kumar said.

He said NITI Aayog has already launched a nutrition strategy and would closely monitor the implementation of the nutrition mission in the country.

"The Prime Minister made me Chairman of National Nutrition Mission. We will be watching like a hawk, every state and every district, on how the mission is coming about," Kumar said, adding that they are using the latest technology to achieve this.

He said a real-time data dashboard will be installed for the purpose.

"Hope Andhra Pradesh will lead the effort because this effort will be the bedrock of any achievement...Every achievement we actually want to make," the NITI Aayog vice-chief said.

Speaking on the economy, Kumar said the note ban move had resulted in a 19 per cent jump indirect tax collection.

"People very often criticise demonetisation saying 'Oh the black income had actually not been caught red-handed'. Believe me...Black wealth has at least become grey because now it is all sitting in the bank accounts, which is being monitored closely by the banking division and the CBDT," the noted economist said.

Without demonetisation, the country's security itself would have been jeopardised, he said, recalling the first warning note he sounded way back in 2007.

Hailing GST as a "historic step unifying our economy", Kumar said it was forcing "formalisation" of all businesses in the country.

"It is a very, very big step. About 40-50 per cent of our economy was un-formalised. GST will see at least 20 per cent hike in revenues as we go forward in the years to come," he said.

Kumar further said India would become "unstoppable" if efficient delivery of public goods and services was achieved by rooting out corruption and ushering in e-governance.

"Once we achieve efficient delivery of public goods and services, basic education, basic health, law and order, street lighting, infrastructure and all that...If we do that, private sector in our country is as capable as us...This country will become unstoppable," he said.

He said the old story of India being a "soft state, soft government, a corrupt government, and the endemically nonperforming government is now history".

"This is the beginning of a new India in terms of e-governance where accountability and transparency will be right at the forefront," he observed.

Stressing that India should embrace the fourth industrial revolution, Kumar said it was vital to ensure it did not cause a "trade-off" with employment generation.

"The fourth industrial revolution is our tomorrow. Our eyes on 2022 should be with this focus in mind. We are seeing most disruptive technologies coming up in the world. We need to see that there is no trade-off between all of this and our biggest need today--- employment generation. That's our biggest priority," he said.

Later, Real-Time Governance CEO Babu Ahamed showed the NITI Aayog Vice-Chairman the functioning of RTG Centre at the state Secretariat.Kumar praised the facility saying it is unparalleled in the country.

"Visit to RTG is just startling. It's an eye-opener. Will do my best to showcase this to all the other states and to the Central government, if I can. I don't think such a facility exists anywhere in the country.