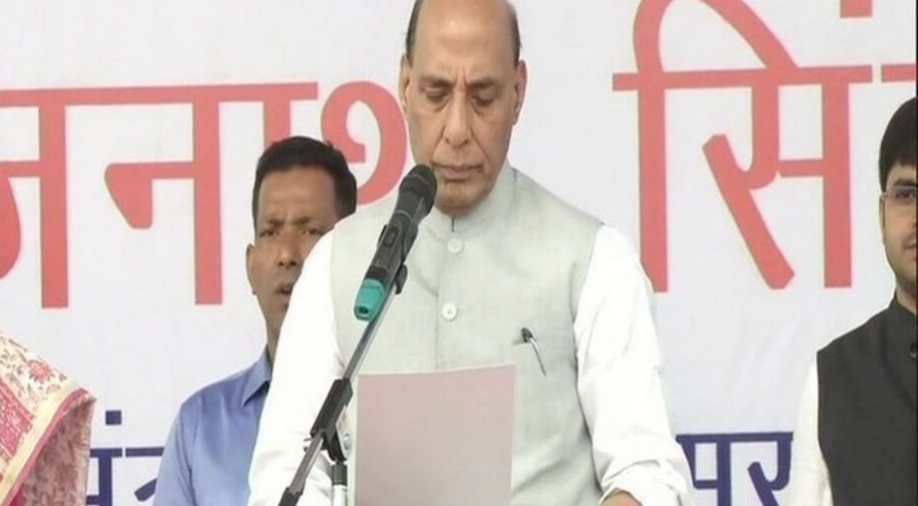 Earlier in the morning, the Defence Minister paid tributes to the late leader.

Defence Minister Rajnath Singh on Wednesday administered a cleanliness oath to people at an event organised in Delhi Cantonment on the occasion of 150th anniversary of Mahatma Gandhi.

"I will neither pollute the environment nor let anyone do that. I will spread the message of Swachh Bharat Mission to every corner of every village and street. I will administer this oath to 100 people. The step taken by me towards cleanliness will keep my surroundings clean that would help to maintain India clean," read the oath administered to people by Singh.

Earlier in the morning, the Defence Minister paid tributes to the late leader. "We bow to him (Gandhi) for his tremendous contribution in shaping the destiny of this country. My heartfelt tributes to Bapu on his jayanti," he tweeted.

Greetings to everyone on the 150th birth anniversary of Mahatma Gandhi. We bow to him for his tremendous contribution in shaping the destiny of this country.

My heartfelt tributes to Bapu on his jayanti.

Both Congress and BJP are organising a number of events throughout the country to mark Gandhi's 150th birth anniversary.

The Bharatiya Janata Party (BJP) has extended its Gandhi Sankalp Yatra by a period of three months.

As per the circular sent to the leaders, the Yatra will now be a 120-day exercise and will culminate on January 31, 2020. Earlier, it was scheduled to be held between October 2 and October 31.

Under this, the BJP is planning to propagate Gandhi's ideals and principles of non-violence, Swaraj and simplicity to mark his 150th birth anniversary.

Posters, banners and kits for the programs to be held during the yatra will be directly sent to the state units from the party headquarters.

PM Modi is scheduled to kick-off the program from Gujarat.