Gandhi is today, will be there tomorrow; Gandhi is the solution to all problems: PM Modi in Ahmedabad 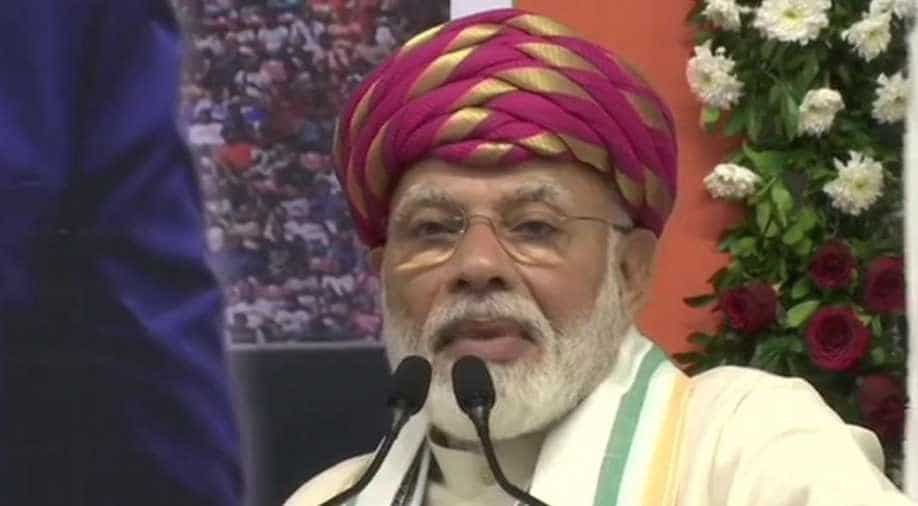 On the occasion, the prime minister said that 'India's prestige is increasing across the globe'.

Prime Minister Narendra Modi on Wednesday arrived in Ahmedabad in Gujarat to commemorate the 150th birth anniversary of 'father of nation' Mahatma Gandhi.

On the occasion, the prime minister said that "India's stature is rising across the globe".

The prime minister said that this time during his UN visit, he felt as if every corner of the world has accepted India.

Prime Minister Narendra Modi in Ahmedabad: India’s stature is rising at world stage. Respect for India is increasing all over. One can experience the change. The world can see that India is at the forefront of several positive changes taking place at the world stage. #Gujarat pic.twitter.com/c5s0rJTeWc

"I hope that India can lead the way and bring about a change in the world, India is capable of that," PM Modi said.

"Vaishnav Jan was sung by people of over 150 countries, the entire world paid tribute to Gandhiji," the prime minister said.

Prime Minister Narendra Modi in Ahmedabad: Mahatma Gandhi's 150th anniversary has been marked at the United Nations with immense enthusiasm. Take any problem the world faces, the teachings of Mahatma Gandhi offer solutions to those challenges. #GandhiAt150 pic.twitter.com/9Iebq3nTnd

"Gandhi is today, will be there tomorrow. For every problem, the solution has to be Gandhi," he added.

Later in the evening, the prime minister visited the Sabarmati Ashram in Ahmedabad and paid his tribute to Mahatma Gandhi.

Earlier in the day, PM Modi paid tribute to Mahatma Gandhi at Raj Ghat on the occasion of his 150th birth anniversary.