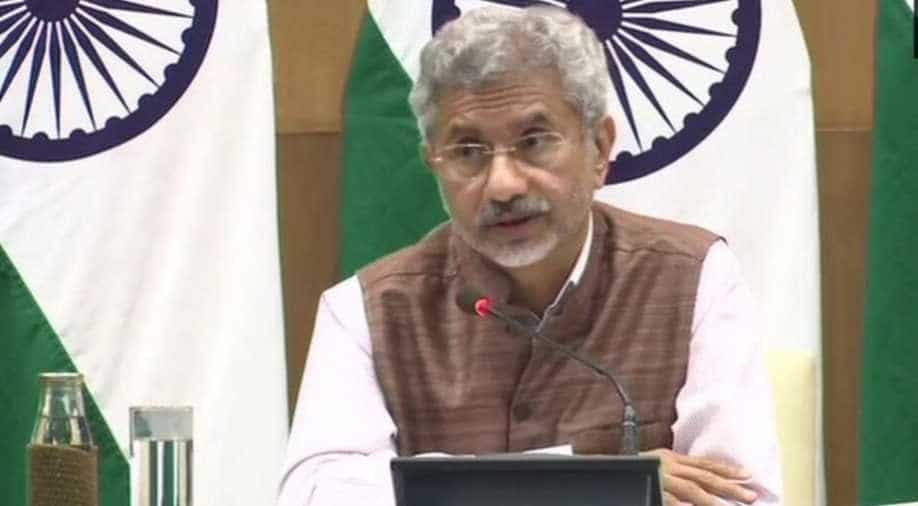 External Affair Minister S. Jaishankar on Thursday said that evolution of India's foreign policy can be categorised into six broad phases - each a response to a different global strategic environment - and while previous phases have a neat description, it is harder to categorise the present one partly because it is still early phase of a major transition.

Delivering the 4th Ramnath Goenka Memorial Lecture here, Jaishankar said the first phase from 1946-62 could be characterised as an "era of optimistic non-alignment", that from 1962-70 as realism and discovery, from 1971-1991 as regional assertion, 1991- 1999 as quest for strategic autonomy, 2000- 2013 as balancing power and the last phase and 2014 to current as a phase of energetic diplomacy.

Delineating the first phase between 1946, a year before the country gained Independence and 1962, when there was war with China, Jaishankar said 1946-62 was an "era of optimistic non-alignment" whose setting was very much in a bipolar world led by the United States and the USSR.

"Its parallel goal, as the first of the decolonized nations, was to lead Asia and Africa in a quest for more equitable world order," said Jaishankar.

He said the second phase started in 1962 and lasted till 1971. It was a decade of "realism and recovery".

During this era, India made more "pragmatic choices" on security and political challenges despite a paucity of resources.

"It looked beyond non-alignment in the interest of national security, concluding a now largely forgotten defence agreement with the US in 1964. External pressures on Kashmir mounted in this period of vulnerability," Jaishankar said.

Jaishankar said in the third phase India had major "regional assertion" which began with the creation of Bangladesh and ended with Indian Peace Keeping Force "misadventure" in Sri Lanka.

"It was a particularly complex phase as the US-China-Pakistan axis which came into being at this time seriously threatened India's prospects The collapse of USSR, its close ally, and the not unconnected economic crisis in 1991 compelled us to look again at the first principles of both domestic and foreign policy," he said.

The dissolution of USSR in 1991 led to the emergence of the unipolar world, Jaishankar said, adding that these events led to the beginning of the fourth phase of Indian foreign policy.

"It encourages a radical rethink in India on a broad range of issues and it shifted focus safeguarding strategic autonomy," he said.

The minister said it was also a period Indian reached out to the US more intensively.

He said after 1998 Indian entered the fifth phase of foreign policy and acquired attributes to balancing power. "It is reflected in India-US nuclear deal as well as better understanding with the West at large," he said.

During this phase, India was successful in making common cause with China on trade and climate change, along with this that it was able to consolidate further ties with Russia, Jaishnakar said.

However, this phase also came to an end in 2014 and initiated the sixth phase. "To begin woith China gathered more momentum," he said.

"During this period India has chosen to turn to very energetic diplomacy. It did so by recognising that we are entering the world of convergences and issue-based arrangements," he said.

The minister said India still in the early phase of major transition in foreign policy.

"While the previous phases of foreign policy each have a neat description, it is harder to categorise the current one. Part of the challenge is that we are still in the early phase of a major transition. The contours of even the near future are not yet clear. One solution is to anchor it on Indian aspirations and to speak of our goal of emerging as a leading power," he added.