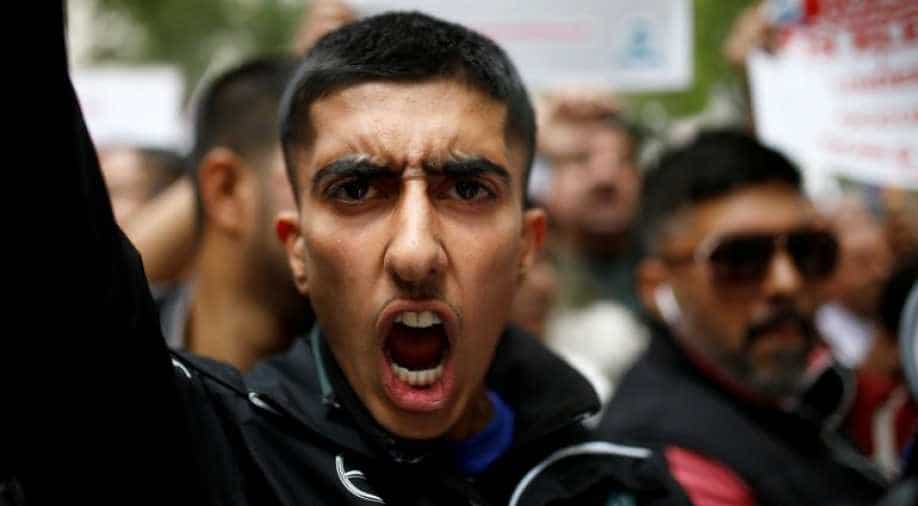 According to reports, the 'Rise for Kashmir' protest will take place outside the Indian High Commission on January 26.

Around 5,000 protesters are expected to protest outside the Indian High Commission in London on India's Republic Day on January 26.

According to reports, the 'Rise for Kashmir' protest will take place outside the Indian High Commission on January 26.

Sources say, all representatives of Pakistan's political parties in the UK were privy to these planned protests.

UK authorities have said they will review security arrangements closer to the protest day after being prodded by Indian diplomats in London.

The office of Mayor of London told WION, "The power to ban marches lies with the Home Secretary. The mayor was deeply upset about the previous violence, aggression and hostility. Anyone who acts unlawfully will be accountable to the police.”

The president of Tehreek-e-Kashmir in the UK denied that the protesters were paid or that Pakistan had any involvement.

He rather said that this is a protest by British Kashmiris and Sikhs without the involvement of any political parties, adding that there will not be any violence and that they were expecting around 2,000 to 3,000 people.

British Indians concerned about the security of the officials and the mission's building have requested the UK authorities to change the venue of these protests.

It is important to note here that it's not for the first time when protests are taking place at the Indian Embassy in London, UK.

Protests against the abrogation of Article 370 rocked the Embassy last year as well. The violent protests took an ugly turn when the embassy building was vandalised.