Fact Check: Did monkeys really kill puppies in revenge after dogs mauled one of their infants? 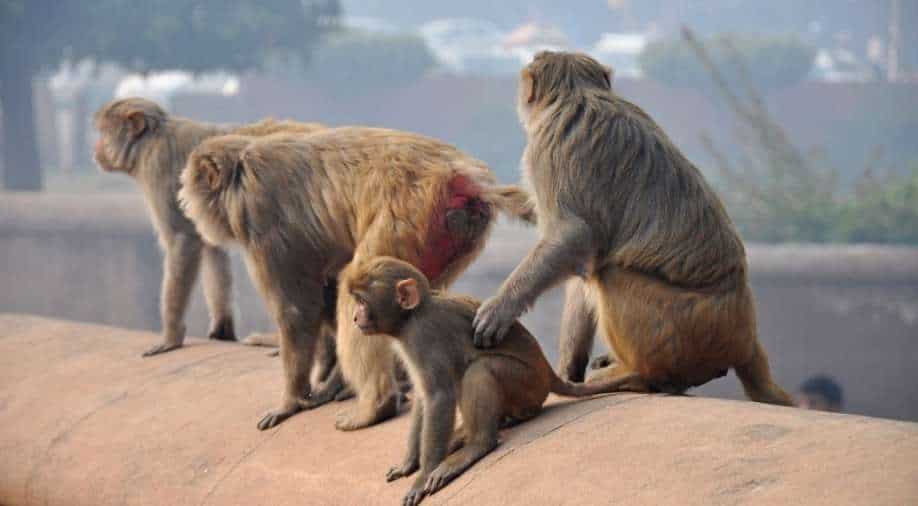 This is a representative image as it has been reported that monkeys kill around 250 puppies in revenge. (Image credit: Pixabay). Photograph:( Others )

A story that went viral on social media, a group of monkeys killed around 250 puppies in an act of revenge. Here's a fact check

A shocking and little disturbing "monkeys vs dogs" story has gone viral on social media as it has been reported that monkeys allegedly killed more than 250 puppies in Beed, a district in Indian state Maharashtra.

Media reports have mentioned that the incident happened in Beed's Majalgaon after some dogs mauled an infant monkey to death in a village called Lavool, which is around 10 kilometres away from Majalgaon.

As per the media reports, a group of monkeys killed around 250 puppies in an act of revenge. Media reports stated that the incident happened after some stray dogs were said to have mauled an infant monkey to death.

Reports added that the monkeys are taking revenge by killing small pups by throwing them from heights, such as trees or buildings.

Monkeys have reportedly started attacking small kids in the area.

There's no confirmation that the dogs have actually attacked or killed any infant of monkey. The reports are based on hearsay rather than evidence.

Although, the ground report has confirmed that monkeys have been taking the pups to the rooftops of building in the area, but no one can confirm that they threw the puppies from heights.

It has been understood that monkeys left the pups on rooftops alone and they might have died of hunger. Locals have said that they are terrorised by the monkeys and they do not go on the rooftops often. The can be a possible reason why the puppies were left unnoticed and died.

Some incidents have happened of monkeys taking the puppies on the trees, from where the canines might have fallen and died.

The reports have mentioned that the locals have contacted forest department officials to get rid of monkeys by catching them. However, the authorities have failed to do so.