Exclusive: Pakistan must cease fire on all fronts, not just LOC, India's Chief of Defence Staff Bipin Rawat to WION 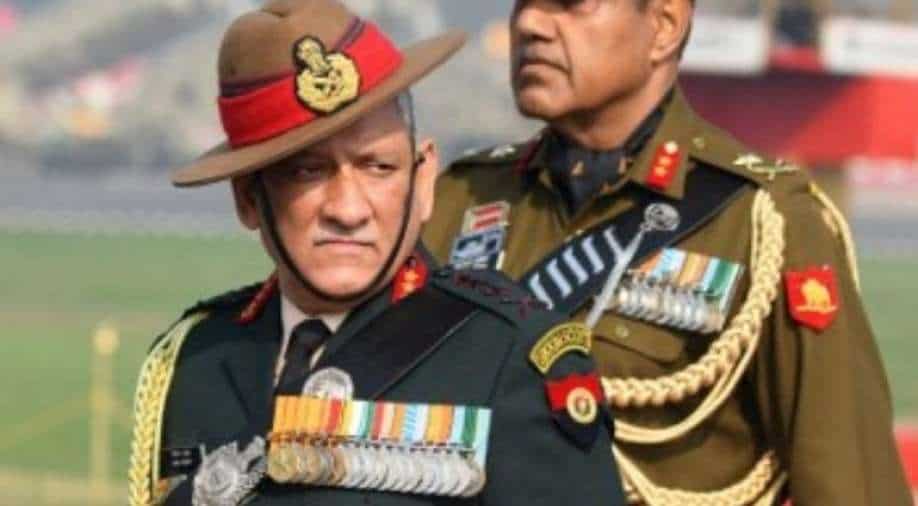 Chief of Defence Staff General Bipin Rawat said India is not lowering its guard while exercising utmost caution, 'but in no way will we allow Pakistan to take advantage of the ceasefire.'

Pakistan must cease fire on all fronts, not just along the Line of Control (LOC), India's Chief of Defence Staff General Bipin Rawat told WION in an exclusive interview.

He was referring to the practice of Pakistan dropping weapons and drugs using drones and quadcopter into the Indian side of the international border.

"Pakistan must understand that if they want a genuine ceasefire, they must ceasefire on all fronts," General Rawat told WION's Executive Editor Palki Sharma.

India's CDS said he wanted Pakistan should "cease fire on the borders, ensure no support to terrorism in the hinterland," and make sure that "war-like stores" are not delivered.

Otherwise, he warned, "our armed forces are always ready to retaliate in a befitting manner."

"Any instance of the violation of the ceasefire or any attempt at infiltration along the Line of Control, they will get a befitting reply from our troops."

He said India is not lowering its guard while exercising utmost caution, "but in no way will we allow Pakistan to take advantage of the ceasefire."

Asked if the recent peace overture from Pakistan is a lull before the storm, General Rawat said the demand for ceasefire may have come from civilians in Pakistan living in the border areas in Pakistan, along with the military casualties they suffered.

He also noted that the other reason may be that Pakistan's western border with Afghanistan has become very active. "So we have to wait and watch as to how the Afghanistan situation evolves" and how long the ceasefire lasts.

Pakistan sending "war-like stores" across the border is vitiating the atmosphere and does not augur well for the continuation of the ceasefire, the Indian CDS said.

"If it happens repeatedly," he warned, "then there may be a change in strategy on our side as well."

"When we talk about the ceasefire, it does not only mean engaging with weapons, but if we want Pakistan to take a serious view of the ceasefire, then I think even sending these drones across, especially with weapons which will foment insurgency in the hinterland, that's something that must stop. Otherwise, this could again lead to escalation."

On February 24, India and Pakistan had agreed to “strict observance of all agreements, understandings and cease firing along the Line of Control and all other sectors”.

In the past few months, there have been several incidents of firing across the border by Pakistan, sometimes leading to civilian casualties.

Ceasefire violations along the India-Pakistan border were highest in 2020 at 4,645, or nearly 12.7 violations a day.

Between January 1 and February 16 this year, there were 524 violations which is more than 11 violations a day, according to an Indian government reply to a Right to Information(RTI) query.