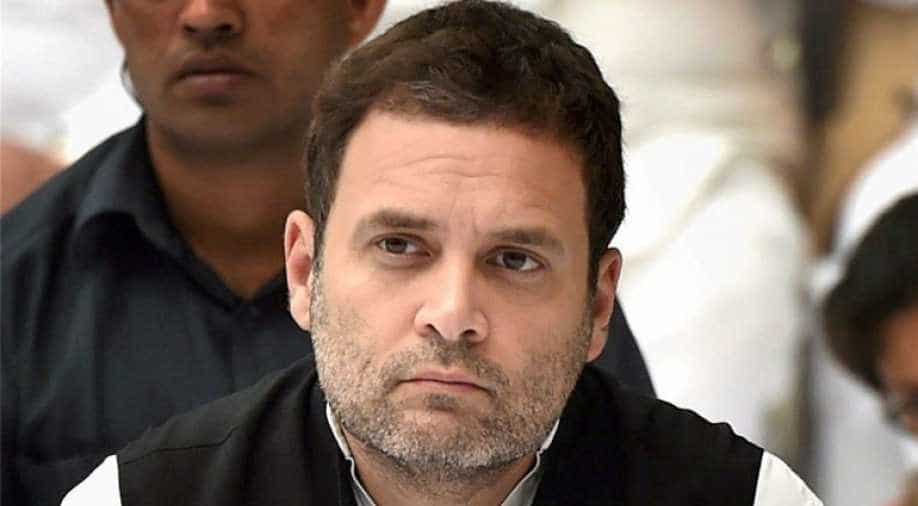 Maharashtra Congress Secretary Shehzad Poonawalla had alleged on Thursday that the elections for the post of the Congress party president had been 'rigged'. Photograph:( Zee News Network )

Poonawalla had earlier sarcastically remarked that the upcoming presidential election in the Congress party was a "selection" rather than an "election".

"The upcoming Congress president election is a selection and not an election. It's a sham election process," Poonawalla had said and added that he had information that the delegates who would vote for party president had been appointed for their loyalty. He also suggested that there should be one ticket in one family.

In response to these allegations, Gundu Rao defended his party's stand and said, " Congress is the only party which had polls for President.Even when Sonia Gandhi contested, Jitendra Prasad was the opponent."

Congress is only party which had polls for President. Even when Sonia Gandhi contested, Jitendra Prasad was opponent. Somebody asking him (Shehzad Poonawalla) to do it to create distractions. Entire party wants Rahul Gandhi to become president: Dinesh Gundu Rao, Cong K'taka chief pic.twitter.com/4lTdzpMMR5

The Congress Working Committee (CWC) on November 20 had passed a resolution to make Rahul Gandhi the party's president.

The party has decided to set December 16th as the date of polls "if necessary". The counting of votes and declaration of results will take place on December 19.