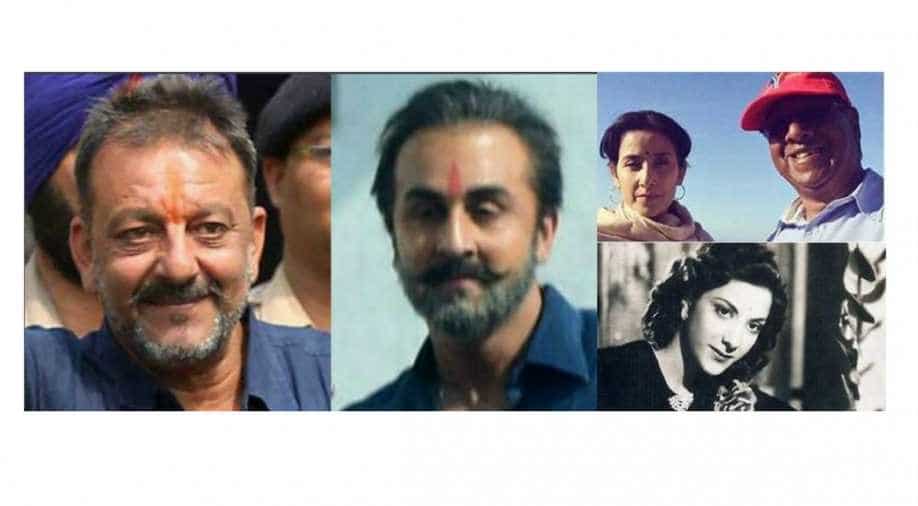 In the picture, Ranbir Kapoor as Sanjay Dutt (left and centre) while Manisha Koirala in her look as his mother and actress Nargi Dutt ( right). Photograph:( Twitter )

Bollywood is known to avoid major clashes with film releases when it comes to stars who are desperately looking for a comeback.

After makers of "Baaghi 2" announced their new release date of March 30 on Thursday, Fox Star Studios announced on their Twitter on Friday that the Sanjay Dutt biopic will be pushed to a later date.

The film was earlier scheduled for March 30 but with that spot going to "Baaghi 2", the Ranbir Kapoor starrer has moved its dates to avoid a clash.

It also being speculated that Ranbir Kapoor after facing a debacle with "Jagga Jasoos" is looking for a hit and real soon.

However, sources close to the movie said to a leading daily: "The Sanjay Dutt biopic is yet to be completed. Rajkumar Hirani is making sure the film is as close to reality as possible since he is putting up a complex life on screen and is thus taking it slow. He knows he has a huge responsibility."

The movie made news for the first time when Ranbir Kapoor's look got leaked on social media but what has now taken the internet by a storm is Manisha Koirala's look as Sanjay Dutt's mother, Nargis Dutt.

While talking about the movie and her look, Manisha had earlier said: "We did a couple of tests, from when she had short hair to when she had long hair. I think we have got the look somewhere closer to how Nargis Ji looked, and I am quite kicked about it. Yes, I am excited about it."

She had added, "I find these young actors hardworking and focused. Ranbir is one of the finest talents we have in our [film] industry. And I believe it's not about senior or younger co-stars; for me, it's always great to share screen space with good actors. I don't really care much about the celebrity status (of her co-actors) because honestly, it's the by-product of the original thing, which is talent and the capacity of the actor."

Talking about Rajkumar Hirani, Manisha said: "Of course I love Hirani's cinema. He is the most envied director. I did express my concern to him but he told me not to worry about it. Mine is a special appearance as the film is not about Nargis ji, it is about Sanjay Dutt. I can't talk much about the project. I have watched Nargis Dutt ji's films and we have done the look test. We have done the clothes, the hair, the make-up and just about everything."