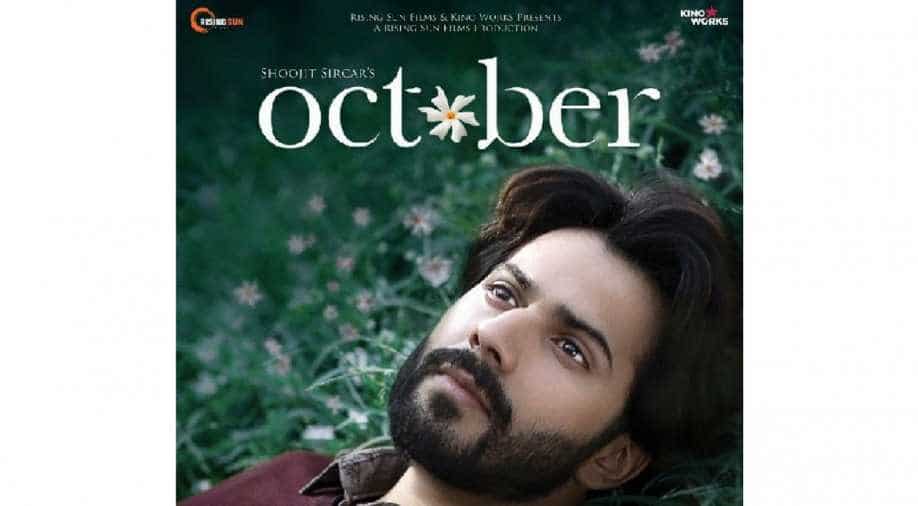 The first poster of the film 'October'. Photograph:( Twitter )

The first poster of Varun Dhawan’s upcoming film, October released today and we must say it looks ultra-fresh.

Varun can be seen lying on a patch of green grass while pondering over something as his eyes seem distant from his present whereabouts.

The Badrinath Ki Dulhania actor tweeted the first poster and wrote: “First time shot a film poster in complete natural light, just surrounded by nature and realness. Hope what I have gone through in this film comes alive for everyone soon. October. April 13."

Soon after he posted the film's poster, Twitterati started rolling out their comments, gushing over Varun's eyes, his expressions and the entire frame captured by director Shoojit Sircar.

Some of the most recent ones:

His eyes speak thousand words !!! This April enjoy the feel of #October Such a amazing poster #OctoberFirstLook @Varun_dvn Love your versatility ❤️ Keep Shining and best of luck for all your upcoming movies ❤️ pic.twitter.com/0VXQHQaBvm

October is scheduled to release on April 13 and stars Varun Dhawan opposite newcomer Banita Sandhu.