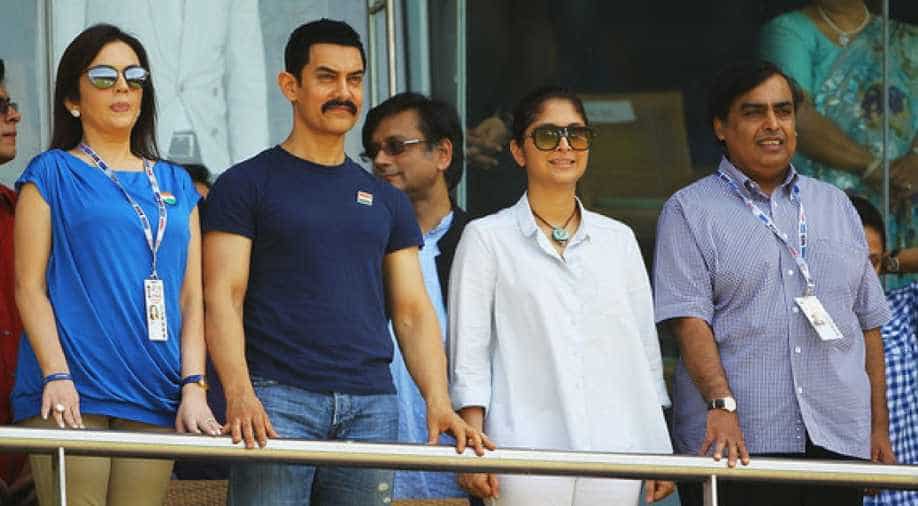 Remember that time when Aamir Khan spoke excitedly about his dream project -- a film on Mahabharata, the epic Hindu tale? Looks like it will happen sometime soon.

According to a report published in a leading daily, India's richest man, Mukesh Ambani is set to co-produce the film with Aamir. The film is expected to be made along the lines of Peter Jackson's Lord Of The Rings trilogy and HBO series Game Of Thrones with a budget of over Rs 1,000 crore.

In a previous interview talking about the film, Aamir told a leading magazine: "My dream project is to make the Mahabharata but I’m afraid of starting the project as I know it will consume at least 15-20 years of my life."

Revealing his favourite character, Aamir said, "My favourite character is Karna, but I don’t know if I’ll be able to play him due to my physique. I may just have to play Krishna. I also liked the character of Arjun. He was the only person who asked Krishna why he had to kill his own people." Also Read, Aamir Khan: I have tried to quit smoking, but I hope to kick the butt altogether

He also added, "I’m a huge fan of SS Rajamouli’s (Baahubali director) work and if he ever plans to make Mahabharata, I’d love to play Krishna or Karna. I might actually go with Krishna." Also Read: Here's how Aamir Khan makes money from each of his films

According to the published report, Mahabharata will be made in three to five parts with multiple directors being involved. It is also said that international writers are likely to be roped in to pen the epic storyline which will be made for a global audience.