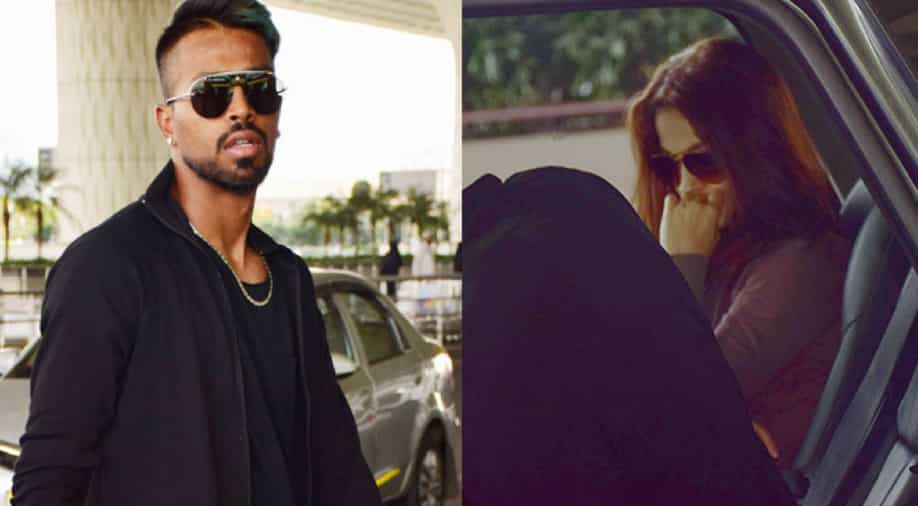 Remember when we broke the news about Hardik Pandya and Bigg Boss fame actress Elli AvrRam dating each other? We now have proof that it's a reality!

As reported by India.com, the two lovebirds were spotted at the airport as Elli went to see off Hardik amid rumours of them being together for some time. The actress was sitting inside the car while Hardik bid a goodbye to her. Elli was seen hiding her face from the cameras.

See the pictures for yourself:

Hardik Pandya walks towards the entrance of the airport. (India.com)

Rumours of them being together started doing the rounds when Elli attended Hardik's brother Krunal Pandya's wedding functions in December.

Elli first gained fame as a Bigg Boss contestant who was the host Salman Khan's favourite inside the house. While, Hardik is an all-rounder in the Indian cricket team.

On an earlier occasion, when the actress was asked about their relationship, Elli said, “Let them [people] be curious in life. Why do I need to clarify anything? By talking about these rumours, I’d just be giving more fodder for gossip [material]. Anyway, so many wrong things have been written over the years but I’ve never gone out and clarified [them].” Even Hardik had earlier taken to Twitter to rubbish the rumours and wrote, “I have been single and focusing on my game for a long time.”

After Virat-Anushka, Zaheer-Sagarika among others, is Hardik-Elli the new Indian cricket team and Bollywood jodi?