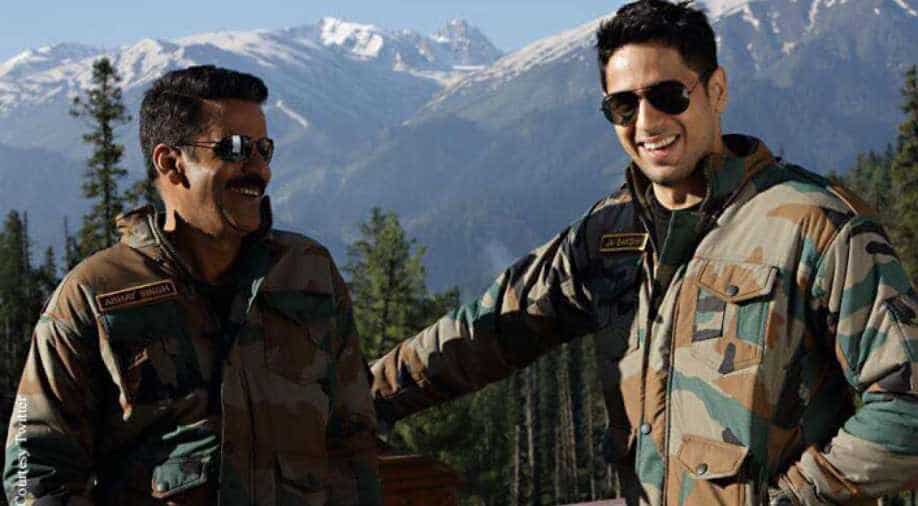 The film was initially to release on January 26 but will now come to theatres on 9th February. Photograph:( Others )

Aiyaary actors Sidharth Malhotra and Manoj Bajpayee will be seen celebrating the festival of Lohri with BSF jawans in Jaisalmer.

The two actors will be seen essaying the role of men in uniform for the first time together.

In an earlier interview, Sidharth was quoted talking about his grandfather who was in the Army. He said, “My dadu worked in the Armed Forces, so I’m not alien to that world. Even now, some of my relatives are part of the Indian Army and I’ve great respect for them. In Aiyaary, we are also speaking about what the defence forces do and how important their work is. Sometimes, it goes unnoticed and as an average Indian, we don’t even realise what they have to go through every day. Because of my background, I have great respect for everyone — be it the Border Security Force (BSF), the Army, the Navy or the Air Force. I’m happy I play a character like that today.”

In a unique promotional spree, the Aiyaary team will be in Jaisalmer to celebrate Lohri with the jawans on January 13.

Sidharth will be joined by director Neeraj Pandey and the rest of the cast including Manoj Bajpayee, Rakul Preet Singh and Pooja Chopra.

The film spokesperson speaking about the event said, “The BSF camp in Jaisalmer had actually invited the team of Aiyaary to commemorate Republic Day with them. But, the makers have decided to stay at the camp for two days and celebrate Lohri instead.”

He added, "The team will train with the BSF soldiers, understand their routine and what they do on a daily basis. They are excited about the whole exercise. There will also be a special musical night planned for the jawans."

Aiyaary was initially slated to release on January 26 but due to the last minute announcement of release of Sanjay Leela Bhansali's "Padmavat" on January 25, the movie has now been shifted to February 9.